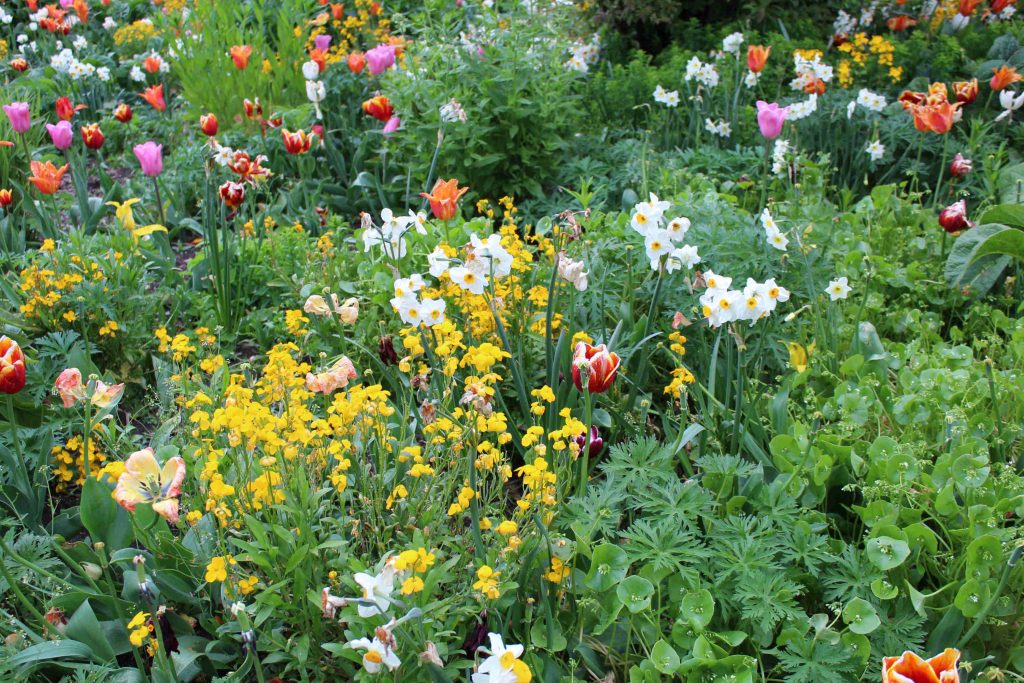 ‘A Garden…is the Purest of Human Pleasure. It is the Greatest Refreshment to the Spirits of Man’

Wandering around the grounds of Chiswick House today, it’s easy to forget that you are in London. It’s a great testament to the Trust who maintain the gardens so beautifully.

Richard Boyle, 3rd Earl of Burlington was only ten when his father died and he inherited estates in London, Chiswick, Yorkshire and Ireland. His London home [now the Royal Academy] became the centre of the Burlington set where musicians, writers, artists and sculptors gathered to discuss the ‘right models’ of antiquity to formulate taste. Taste was of enormous importance in the eighteenth century and Burlington was its greatest patron.

Adjacent to his grandfather’s Jacobean house, Burlington began building a Villa in 1726 based on the designs of Andrea Palladio’s Villa Rotunda near Vicenza. On either side of the entrance, Burlington placed statues of his mentors, Palladio and Inigo Jones. Burlington also transformed the formal gardens to provide theatrical settings for his garden buildings.

On his second Grand Tour of 1719, Burlington had met William Kent although Kent was not involved in the layout of the gardens until 1733. Kent”s involvement was limited to the west of the Villa where he was allowed to create a lawn down to the naturalised lake and the cascade.

With no sons, Chiswick was inherited by Burlington’s daughter Charlotte who married the 4th Duke of Devonshire. The 5th and 6th Dukes remodelled the gardens and added wings to the Villa. But in 1860s much of the contents were moved to Chatsworth and the house was let out. For thirty-five years, Chiswick was run by the Tuke brothers as a private asylum for rich individuals with mental health problems. With their enlightened views, patients were given few drugs – their days were filled by walking around the gardens, talking and playing cricket.

In 1929, Chiswick House was bought by Chiswick and Brentford Council. The same year, Prince George opened the site to the public. In 1948 the Ministry of Works took over and amazingly for the 1940s, they began to restore the house and gardens to Burlington’s design.

Today Chiswick House and Gardens is run by an independent trust who work with the London Borough of Hounslow and English Heritage Trust.

There’s an excellent coffee shop and there is parking on site although you have to be patient to get a space.

All information on this site is accurate to the best of my knowledge. I am not liable for damages that arise out of any errors in the material or omission of information that turns out to be material on this website. All photographs are mine and cannot be used by others without my permission