In the Great Garden, discover the monument to Byron’s favourite dog, the herbaceous borders, the Spanish Garden and the Eagle Pond. The lake got its name from the discovery of a lectern that had been thrown into the water by the monks during the Dissolution.

From the small Walled Garden, meander through the Rose Garden to the Fernery, American and Venetia’s Garden.

Explore the Rockery and the magnificent Japanese Garden with its cascades, garden ornaments and stepping stones across the streams.

Don’t miss the Monk’s Garden to the north of the Abbey and laid out by Colonel Wildman.

The house is open most weekends.

Newstead Abbey was founded by Henry II as an Augustinian Priory in the twelfth century. In 1540, after the Dissolution of the Monasteries, it was offered by Henry VIII to Sir John Byron.

Early in the eighteenth century, the 4th Lord Byron landscaped the gardens. The 5th Lord Byron, peer, politician and freemason killed his cousin in a dual and was known after his death as ‘The Wicked Lord’ and ‘Devil Byron’. Through his love of gambling and extravagant life-style, Byron had to sell many paintings and artefacts in the house as well as cut down some of the woodland.

After his death in 1798, Newstead Abbey was inherited by his 10 year-old, great-nephew, George Gordon Byron. Byron became one of the leading figures of the Romantic Movement. An article in The Nottingham Journal describes how ‘Byron saw his home as a ruined, desolate habitation, the glories of the past almost wiped out.’ Byron wrote:

Thro’ thy battlements, Newstead, the hollow winds whistle;
Thou, the hall of my fathers, art gone to decay;
In thy once smiling garden the hemlock and thistle
Have choked up the rose which late bloomed in the way.

In the gardens, Byron erected a monument to his Newfoundland dog, Boatswain, upon which Byron wrote his epitaph.

The estate was unable to support itself and despite his declaration that ‘Newstead and I stand or fall together’, Byron was forced to sell the Abbey in 1817. The property was bought by Colonel Thomas Wildman who was a contemporary of Byron’s at Harrow. Wildman made some alterations to the garden and restored the house with advice from John Shaw.

Wildman died in 1859 and Newstead was bought two years later by William F. Webb, a big-game hunter. Webb and his wife Emilia, made improvements to the house and redeveloped the gardens. Their daughters Geraldine and Ethel visited Japan in 1890s. Enthralled by what they saw, they commissioned a Japanese horticulturist to visit Newstead to give advice on the layout of the Japanese Garden. The family also referred to Landscape Gardening in Japan (1893) by Josiah Conder, an English architect working in Japan.

Emilia was keen to preserve Byron’s legacy and built the first railway station at Newstead to encourage people to visit.

Newstead remained in the same family until the Webbs’ grandson Charles Ian Fraser sold the estate to the philanthropist, Sir Julien Cahn. The National Trust abandoned a scheme to take over the Abbey and on 16th July 1931, Sir Julien gave the estate to the City of Nottingham, so that it could ‘be maintained in perpetuity for the enjoyment of the public’. 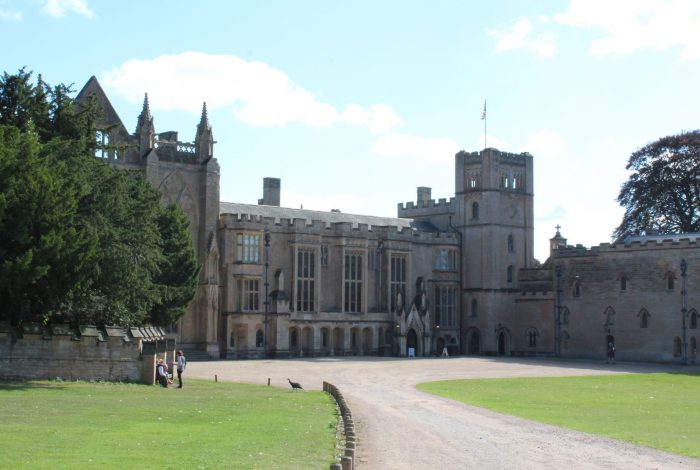 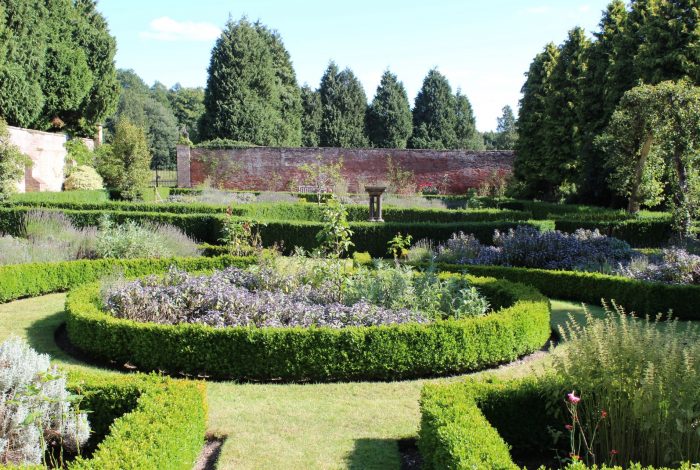 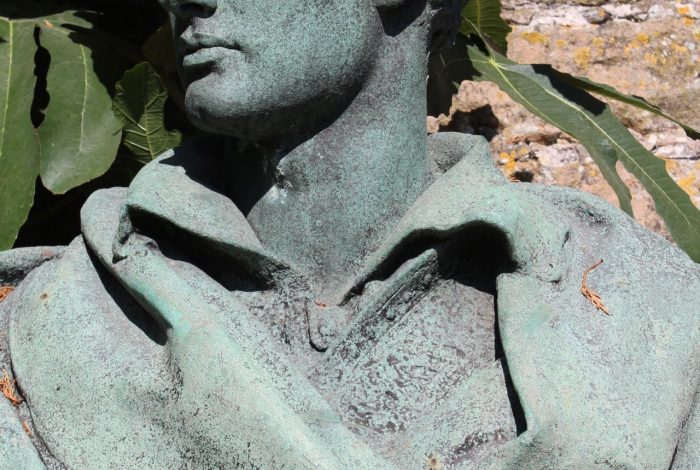 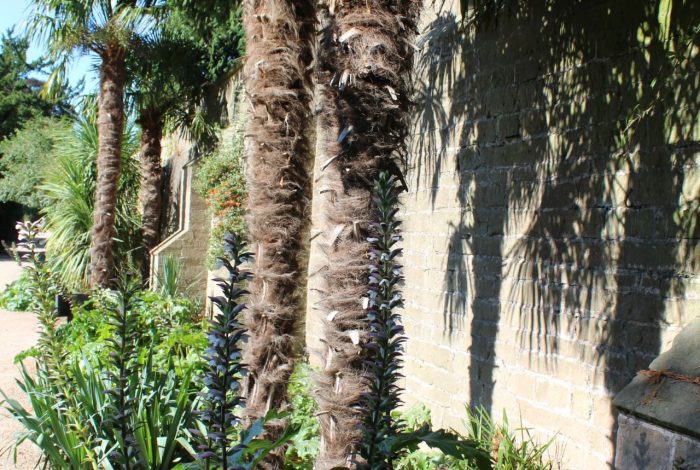 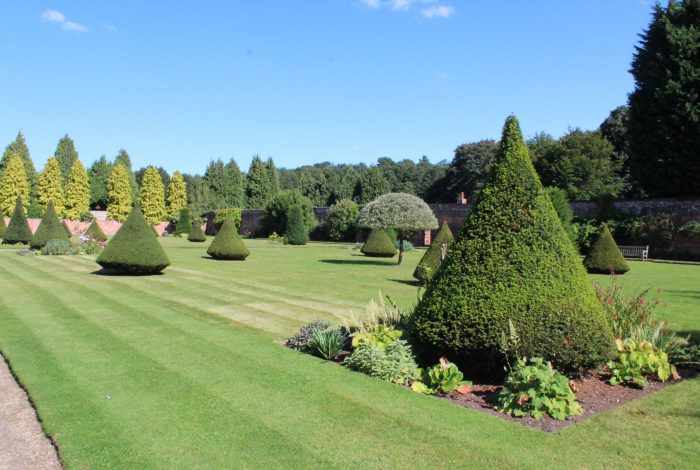 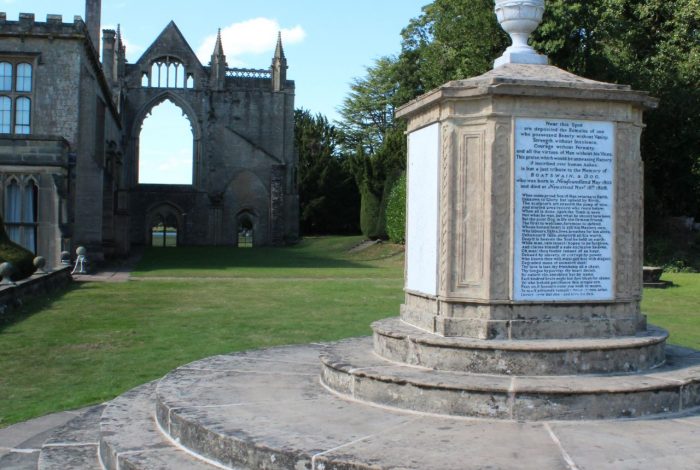 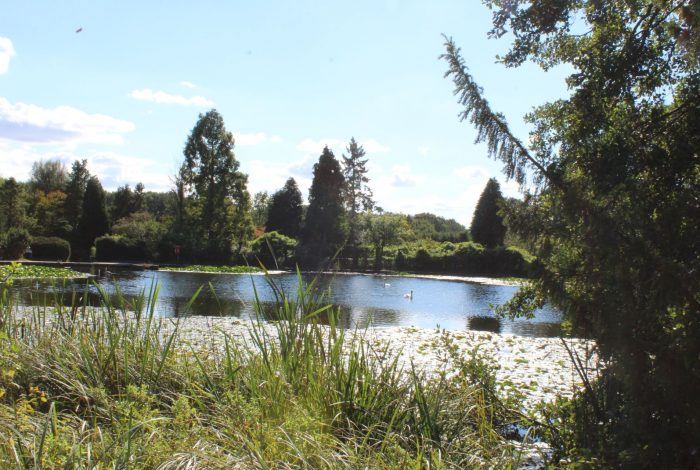 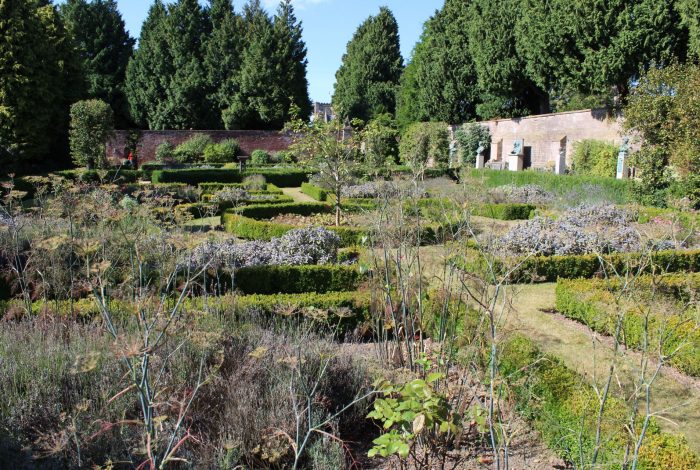 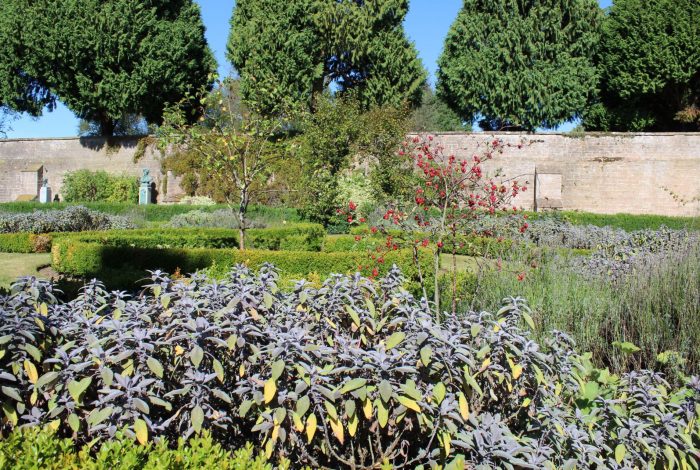 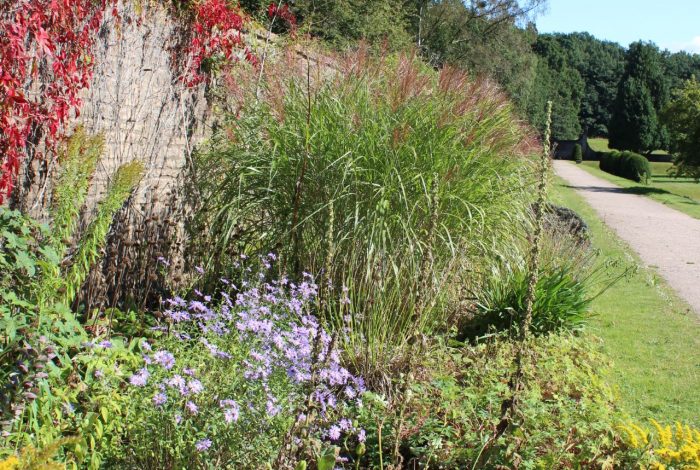 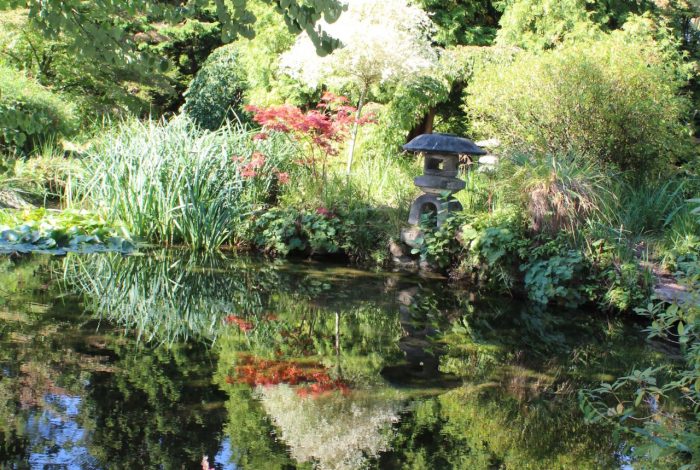 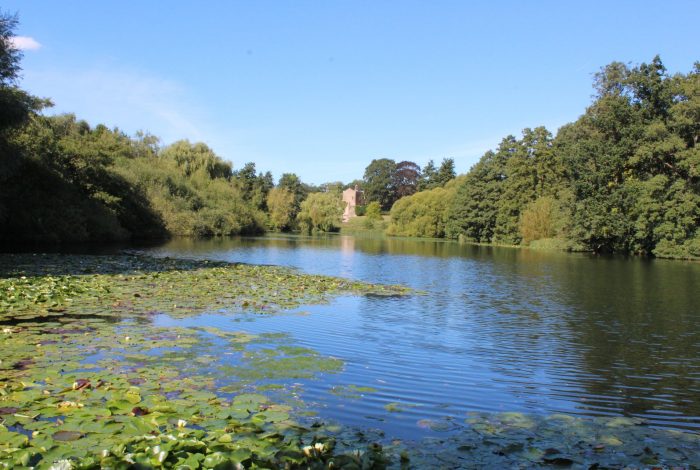