Wade described his garden at Snowshill as ‘man’s rest, children’s fairyland, bird’s orchestra, butterfly’s bouquet’ and to enjoy the garden, visitors must enter into the same spirit. The National Trust has played its part with quotes from Wade dotted around the garden.

Influenced by the Arts and Crafts movement, the organic gardens are laid out as a series of rooms.

Climb up and down steps and find the Armillary Court, the Well Court, a lily pond and Wolf’s Cove – a model village with ‘houses, roads, carts, caravans, bridges…’

There’s a 400 metre walk from the car park to the house – there is a buggy service.

The garden is filled with steps and steep slopes making it unsuitable for wheelchair users.

Winchcombe Abbey sold the Manor to John and Thomas Warren in 1572. The estate then passed through several hands until it was bought by Charles Paget Wade in 1919. Wade qualified as an associate of RIBA in 1907 and became assistant to Raymond Unwin of Parker and Unwin who worked on the Hampstead Garden Suburb. Wade illustrated several books including Unwin’s Town Planning in Practice but resigned from the practice in June 1911.

In December of that year, Wade’s father died and he inherited the family sugar plantations in West Indies.

During the War, Wade had seen an advert in Country Life for Snowshill and he bought the Manor on his return to England. The house ‘was in the most deplorable state of ruin and neglect, but had not been spoilt with modern additions.’ Like William Morris, Wade was a believer in good design, colour and workmanship; he spent the next three years restoring Snowshill with up to twenty–eight craftsmen working and living in the house.

Wade’s focus was on the form of the garden rather than flowers ‘by using effects of light and shade, vistas, steps to changing levels, terraces, walls, fountains, running water, an old well head or a statue in the right place’.

With his family motto ‘Let Nothing Perish’, Wade used the main house for his eclectic collection of items which included spinning wheels, clocks, kitchen utensils, pipes, mousetraps and tapestries. He lived in the Priest’s House using the Manor to entertain his numerous visitors who included Graham Greene (who wrote about Wade in A Sort of Life), J B Priestley, John Buchan, Edwin Lutyens, John Masefield, Virginia Woolf and Queen Mary who allegedly said that Wade himself was the most remarkable part of the collection.

It’s ironic that Wade, filled with nostalgia for an England long gone, should marry and spend the last five years of his life in West Indies. He returned to Snowshill once a year.

Wade gave the property to the National Trust in 1951. 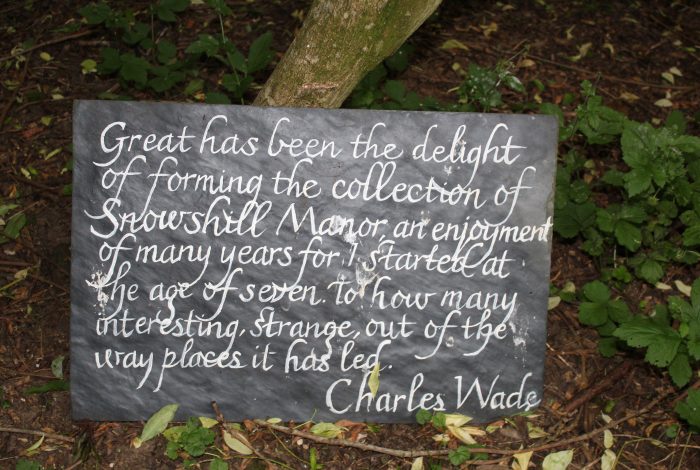 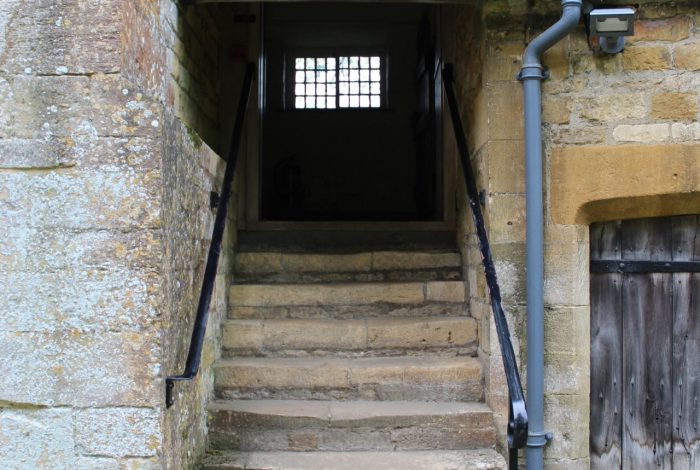 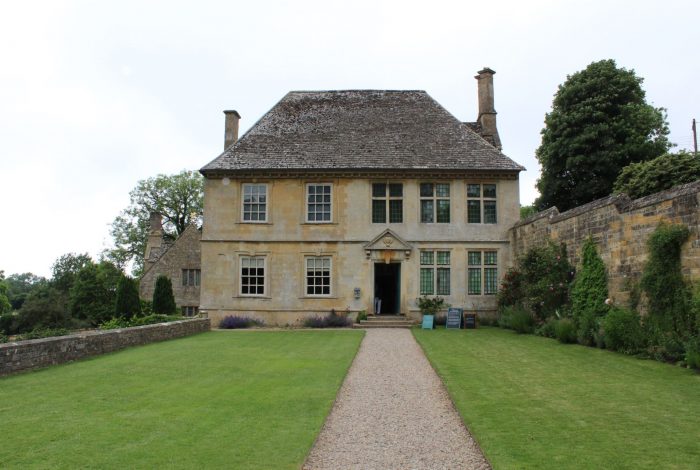 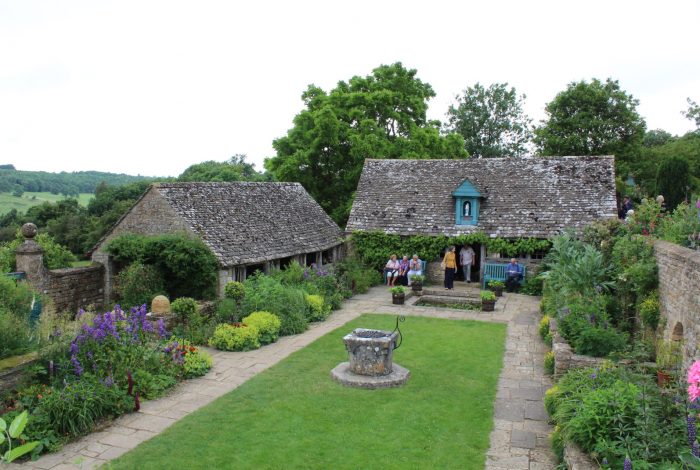 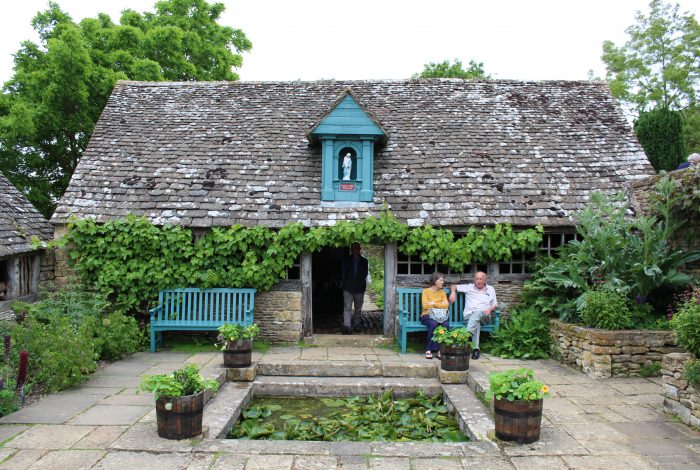 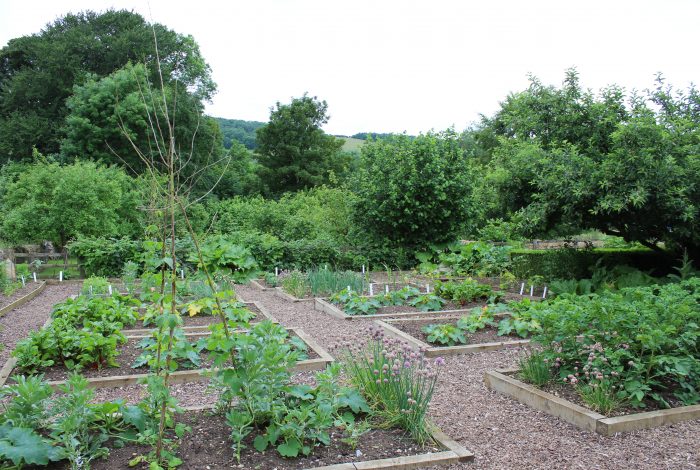 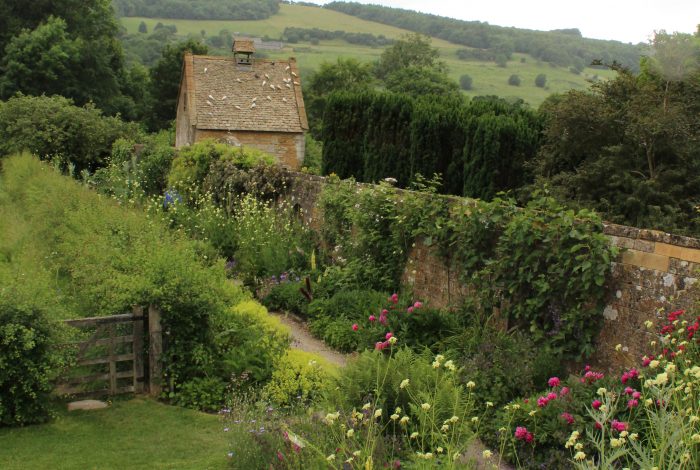 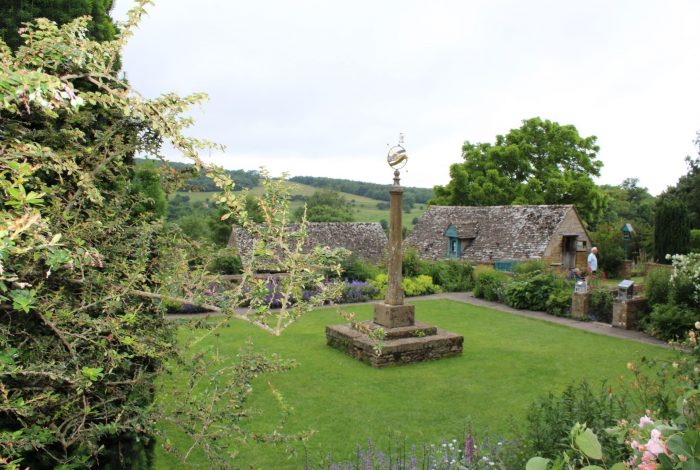 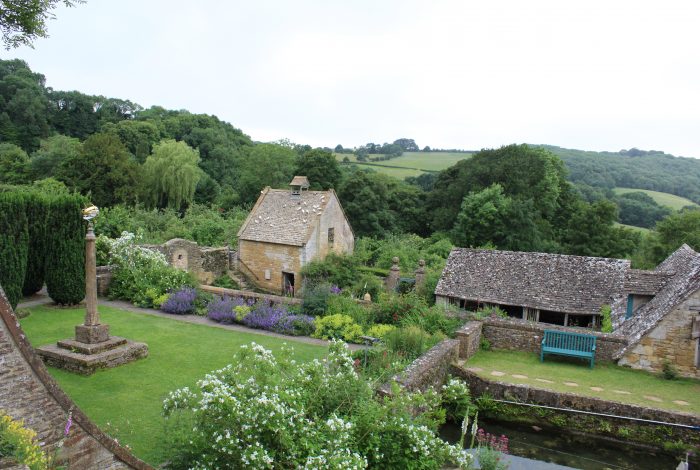 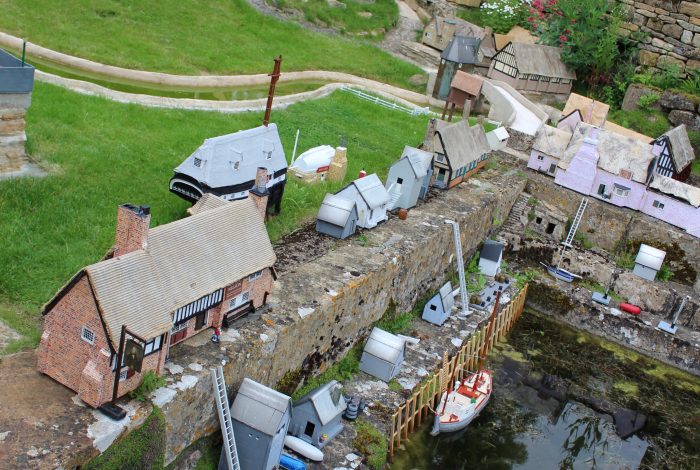 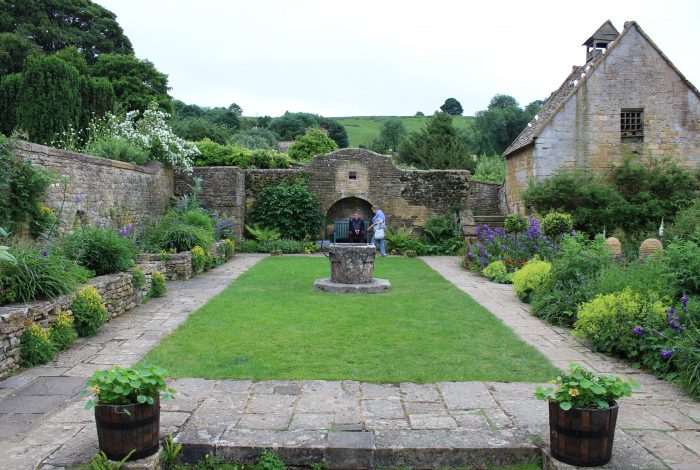 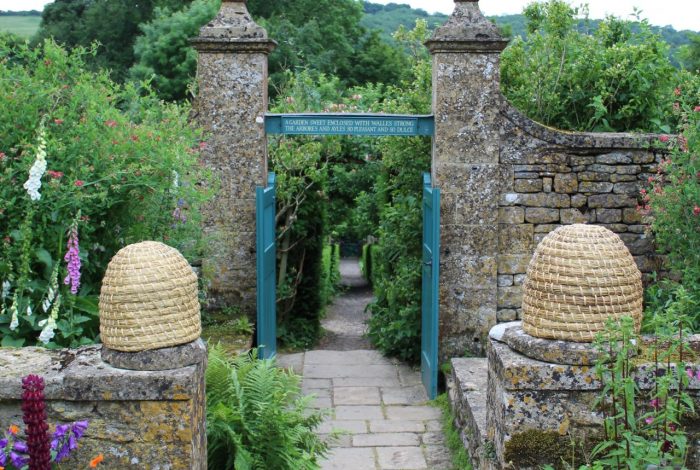