Harold Ainsworth Peto (1854-1933) was one of the most successful garden designers of the Edwardian era designing gardens in England, Ireland and the South of France. A great exponent of the Italianate style of garden design, Peto was greatly influenced by the Arts and Crafts Movement and admired by both Edwin Lutyens and Gertrude Jekyll. But today, his name is not as well-known as some of his contemporaries – I think it’s time to have another look. 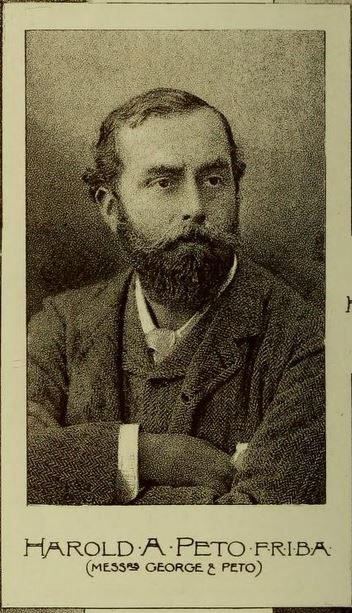 Peto was the 8th child of 14 of the entrepreneur, railway engineer and MP, Sir Samuel Morton Peto. He was brought up at Somerleyton Hall in Suffolk where the Victorian garden designer, William Andrews Nesfield had created elaborate parterres filled with brightly coloured bedding plants. 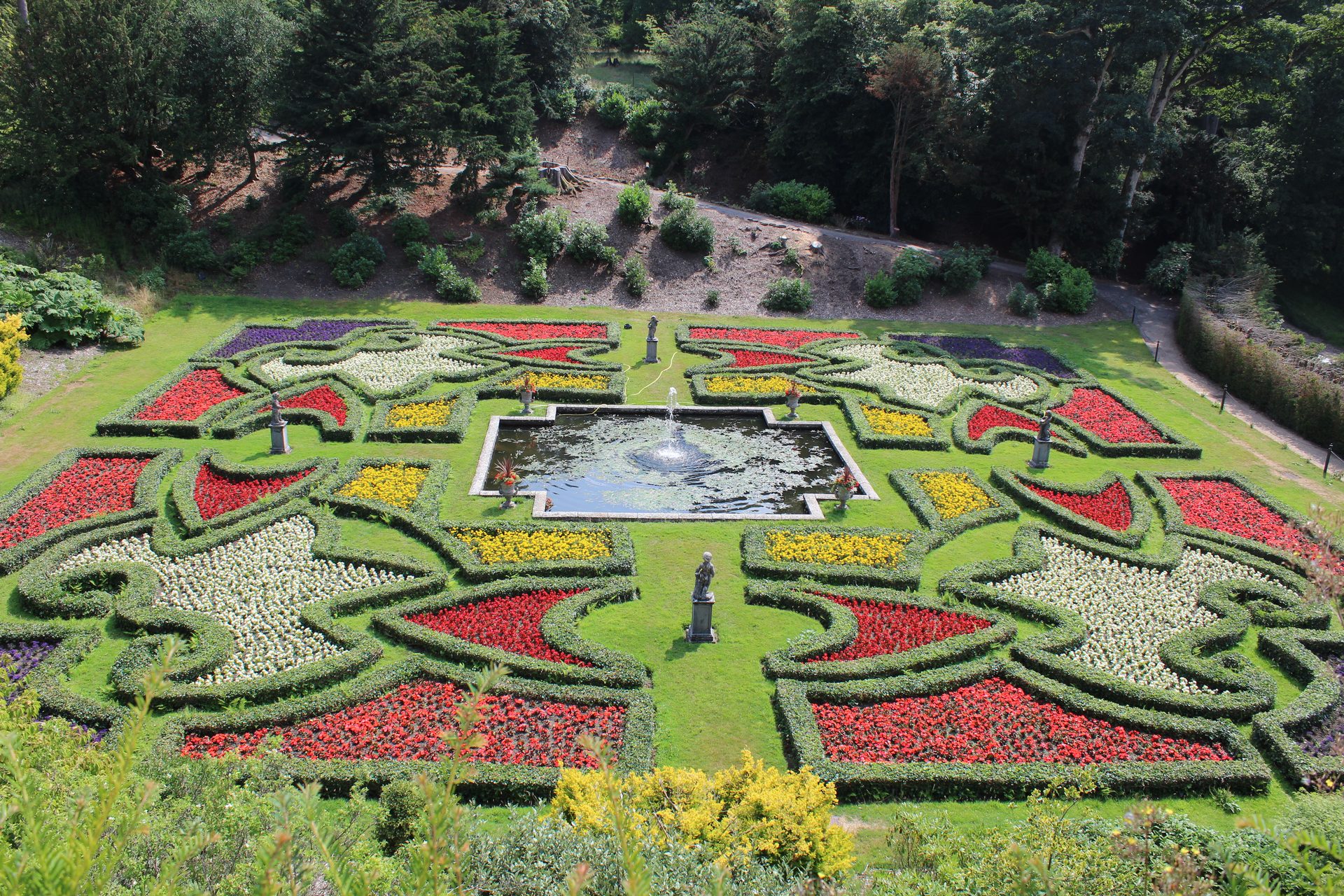 After being articled to an architect in Lowestoft, Peto left for London and entered into a partnership with Ernest George, a leading architect of the Arts and Crafts Movement. 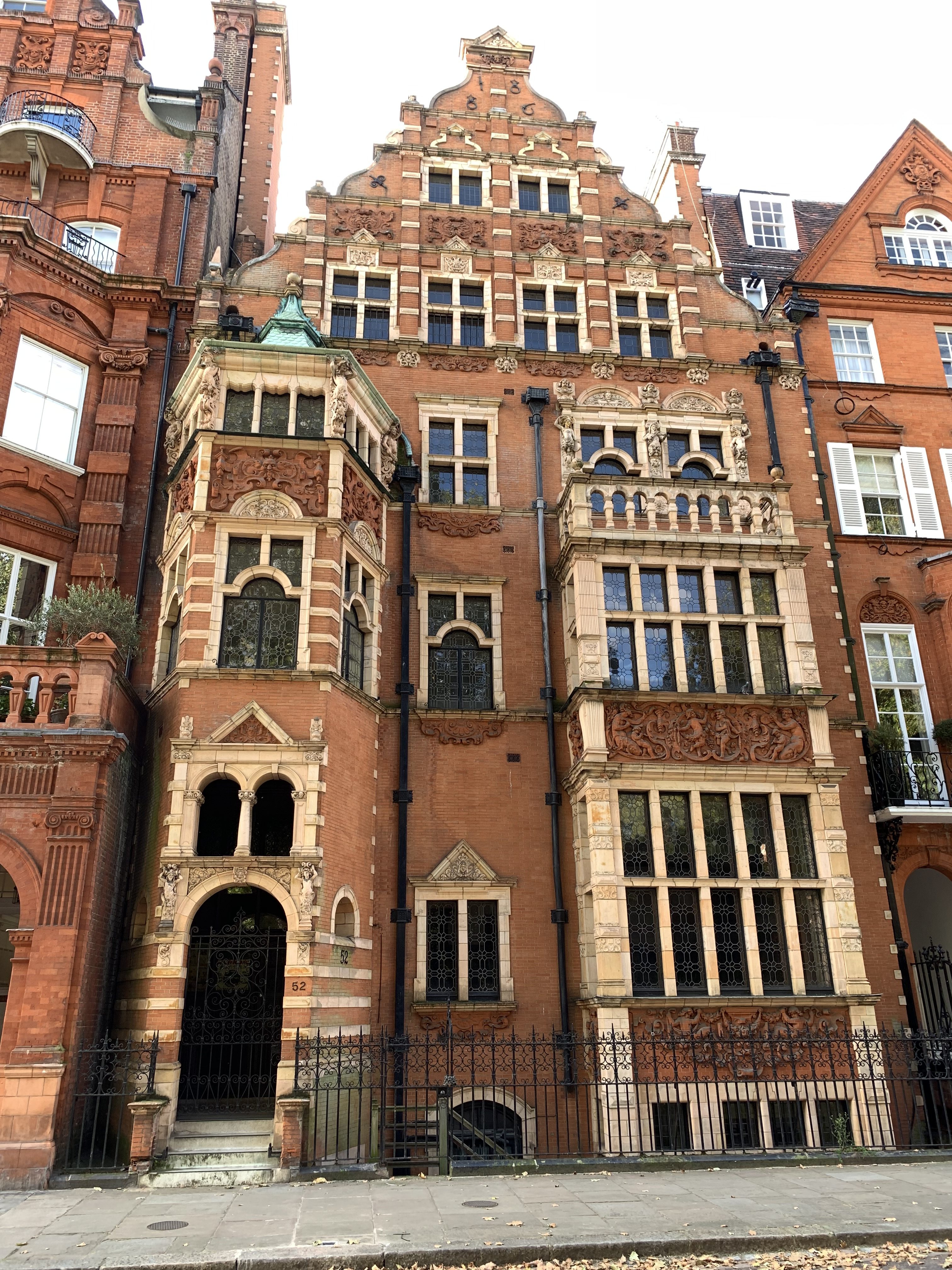 George and Peto ran one of the most successful architectural practices in London but in 1892, Peto resigned from the practice on grounds of ill-health and moved to the South of France.

Learning about plants from his numerous friends including the garden designer and architectural editor of Country Life, Avray Tipping, and William Robinson of Gravetye Manor, West Sussex, Peto put this knowledge into practice and began another career – in garden design.

On returning to England from France, Peto decided to leave London and ‘the endless dreary cold stinking blackness, stretching away in the past and in the future’. He first moved to Kent, then to Landford Lodge near Salisbury before discovering Iford Manor on a bicycling trip in 1897. 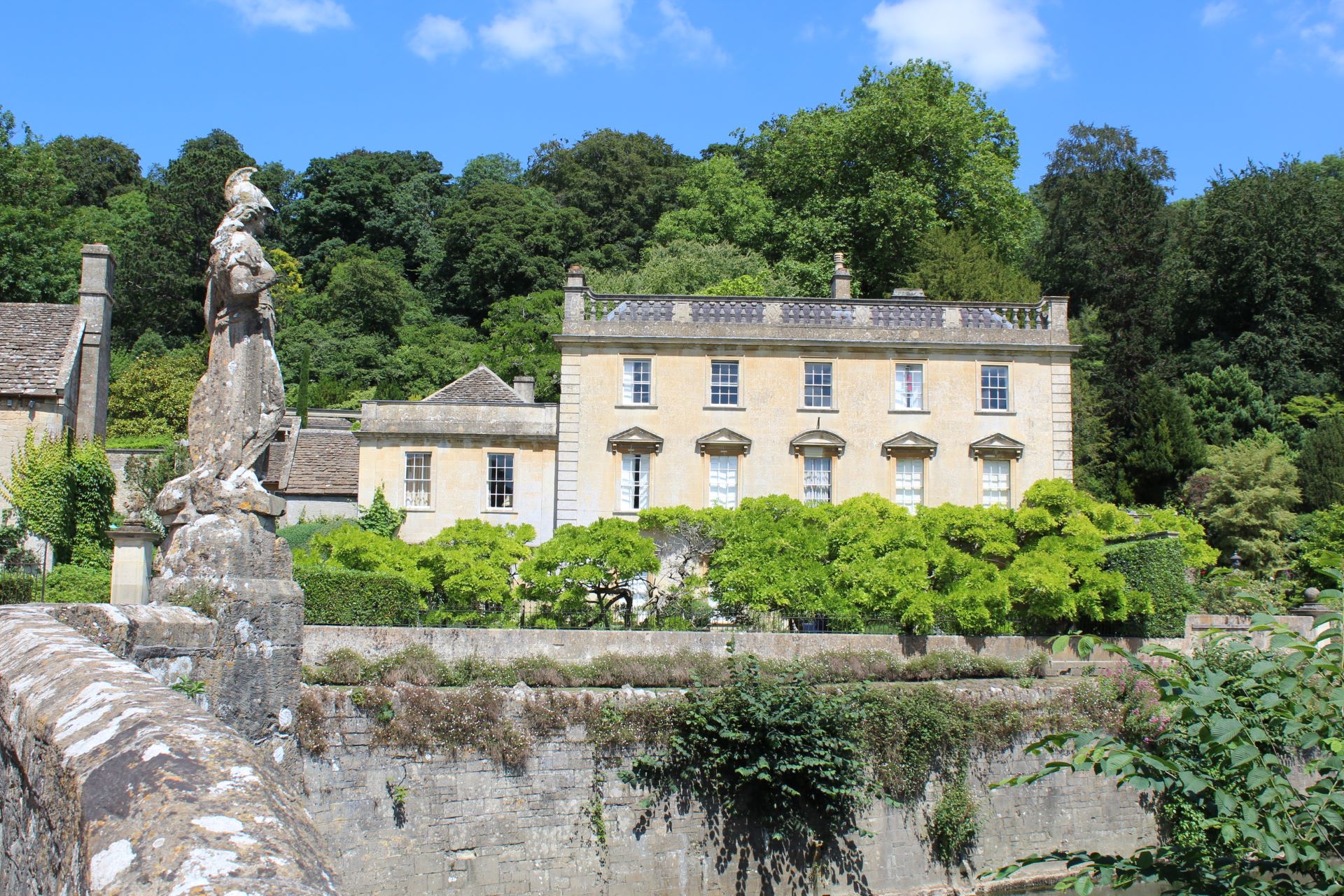 Iford is to me Peto’s masterpiece so before exploring the garden in detail, let’s first look at Peto’s other creations. Firstly, Buscot Park in Oxfordshire. 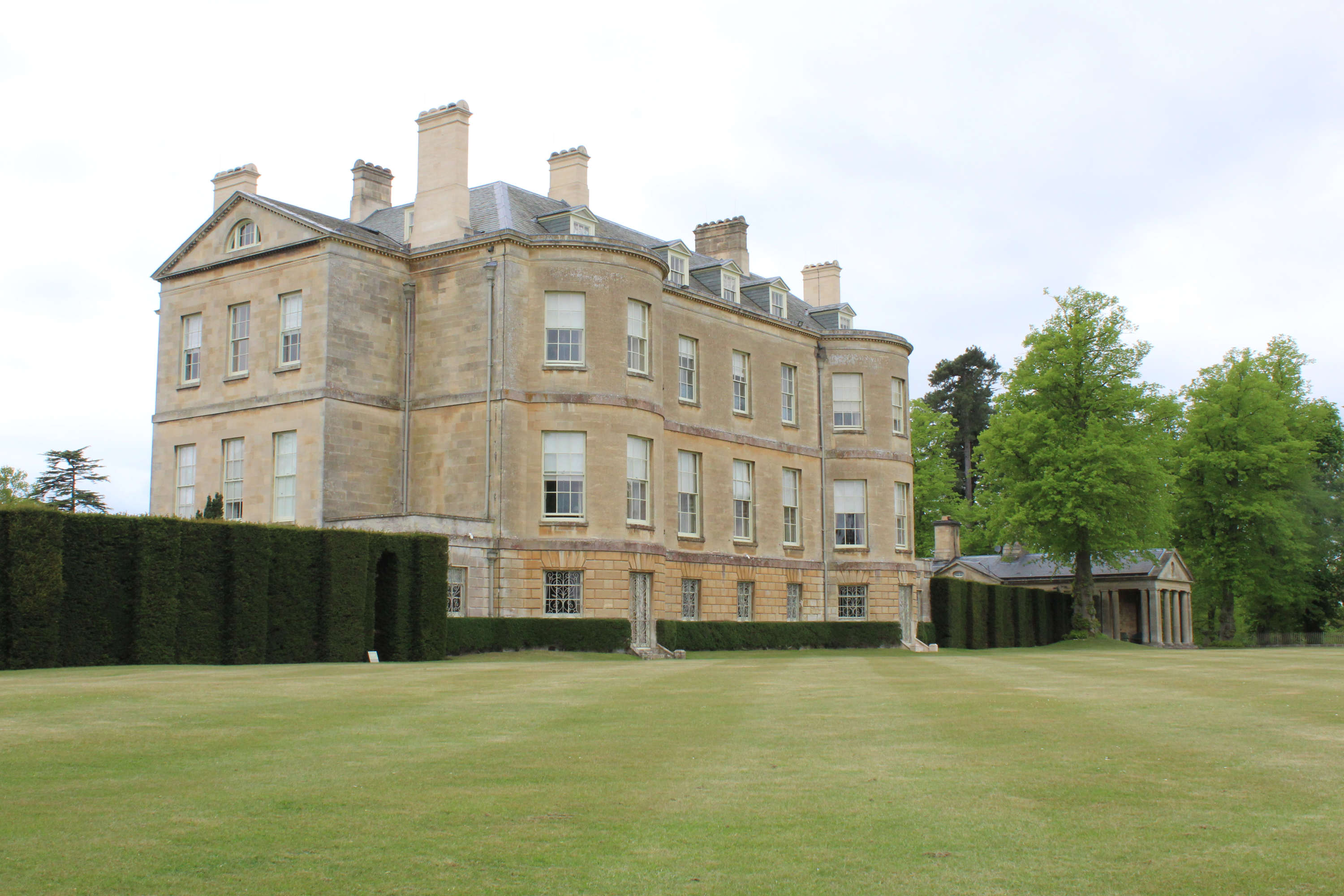 Bought in 1889 by Alexander Henderson, later Lord Faringdon, Faringdon commissioned Ernest George to update the house with Harold Peto remodelling the pleasure grounds. Peto completed the work at Buscot in two phases – in 1904 and again from 1911-1913. 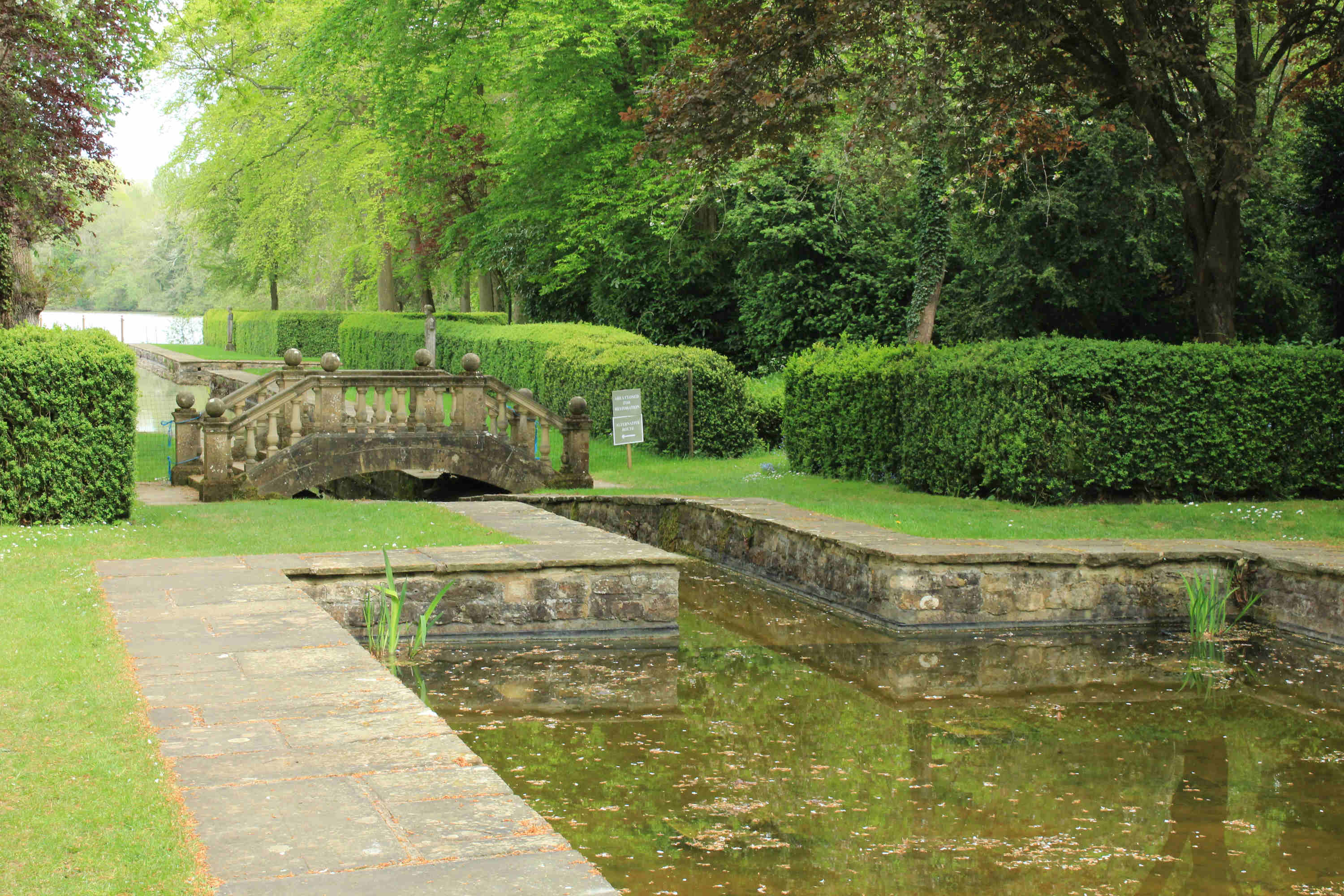 The Water garden consists of a chain of stairways, paths, basins and canals with fountains, small cascades and a hump-backed balustraded bridge. 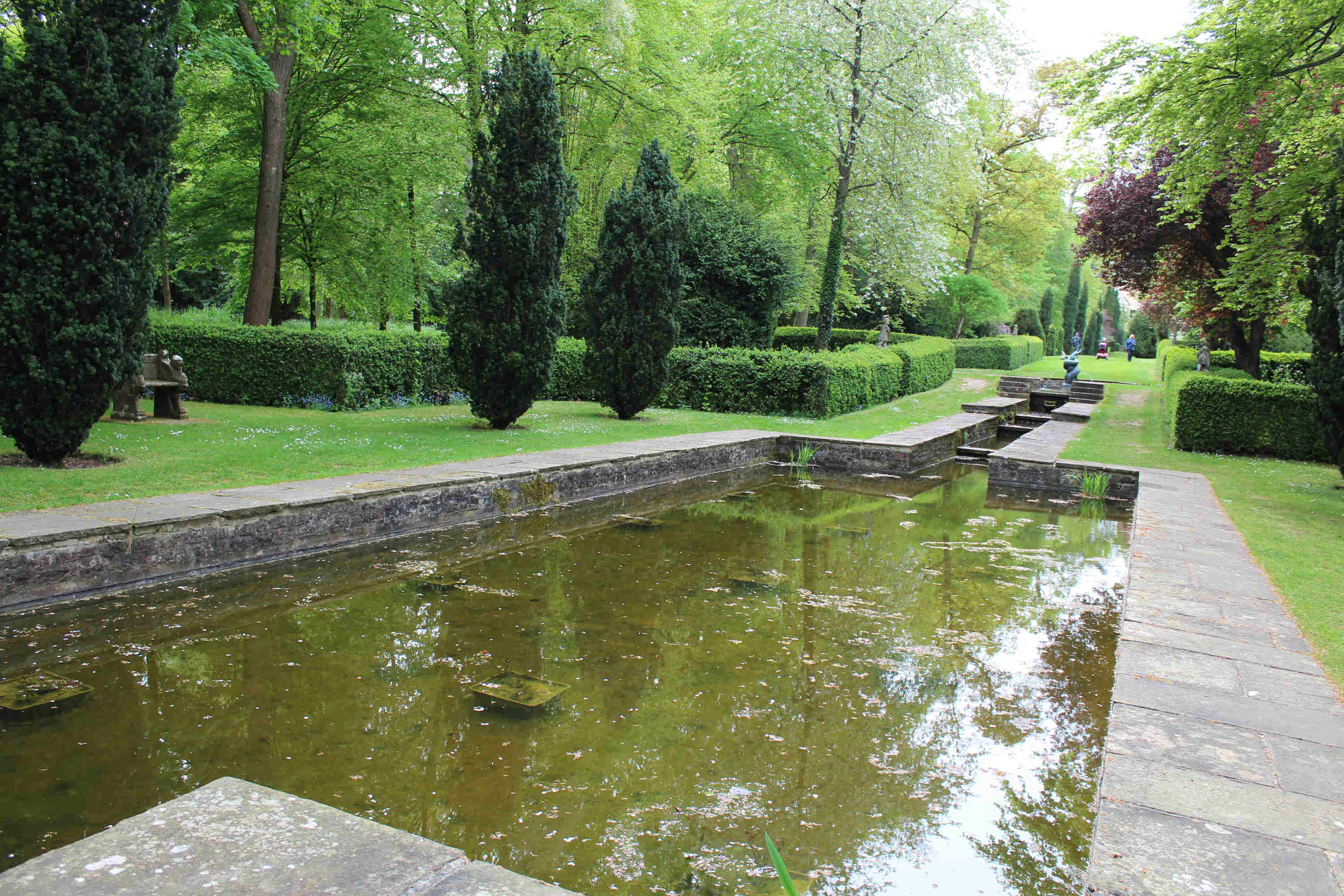 From records, it seems there was a pergola to the west of the water features linking the steps to the water garden but this was removed in the mid-19th century – I think it’s time to put it back! 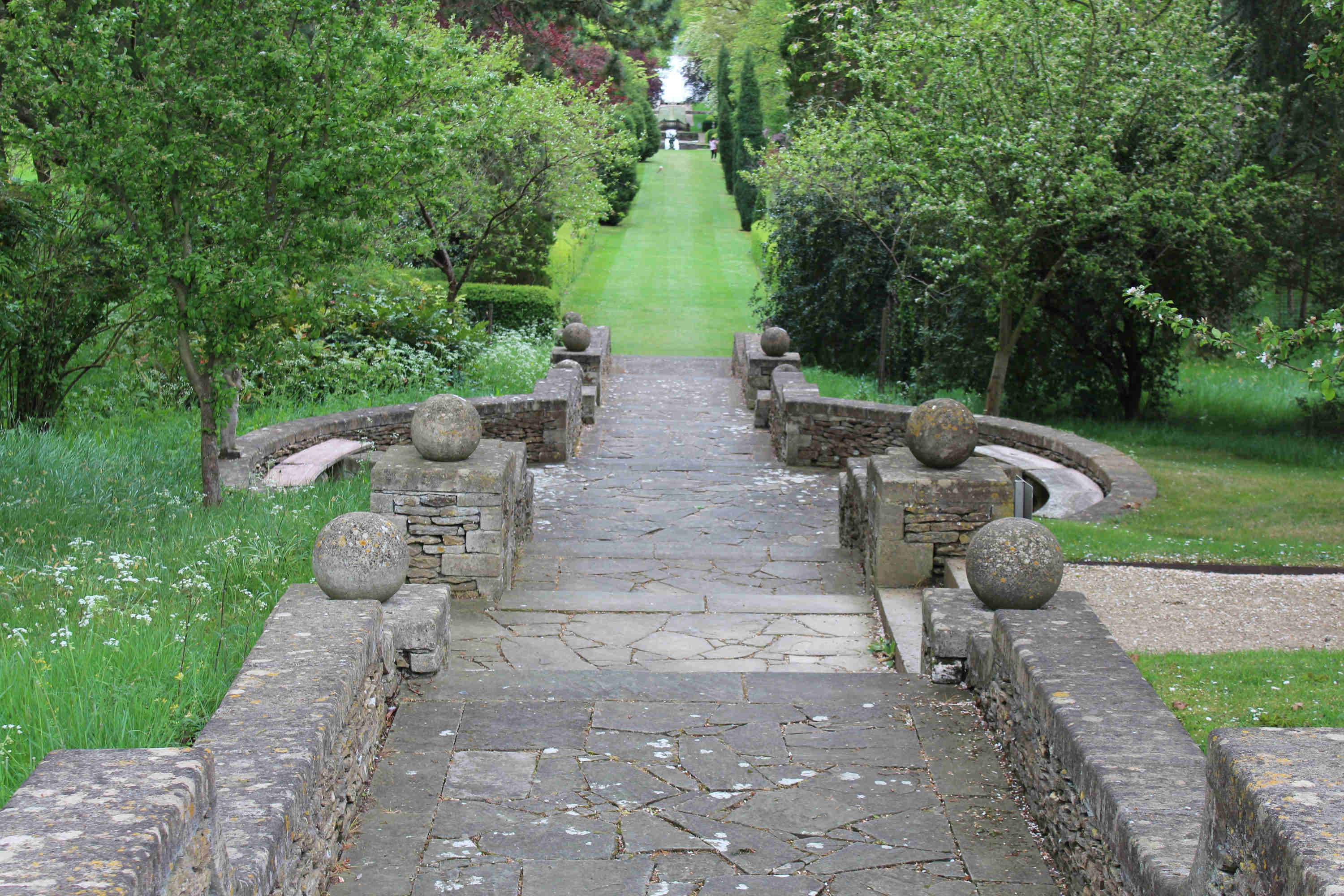 Peto also worked at Heale House near Salisbury in Wiltshire in two stages, in 1906 and again in 1911. 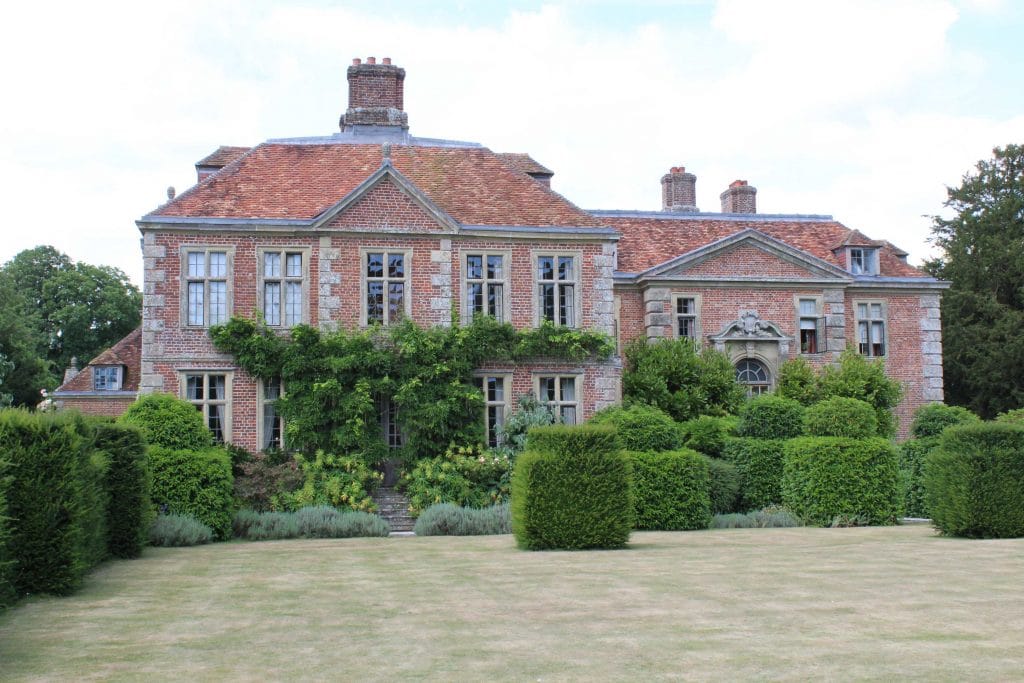 Peto was commissioned by the owner, Louis Greville, to design the balustraded Boat Terrace 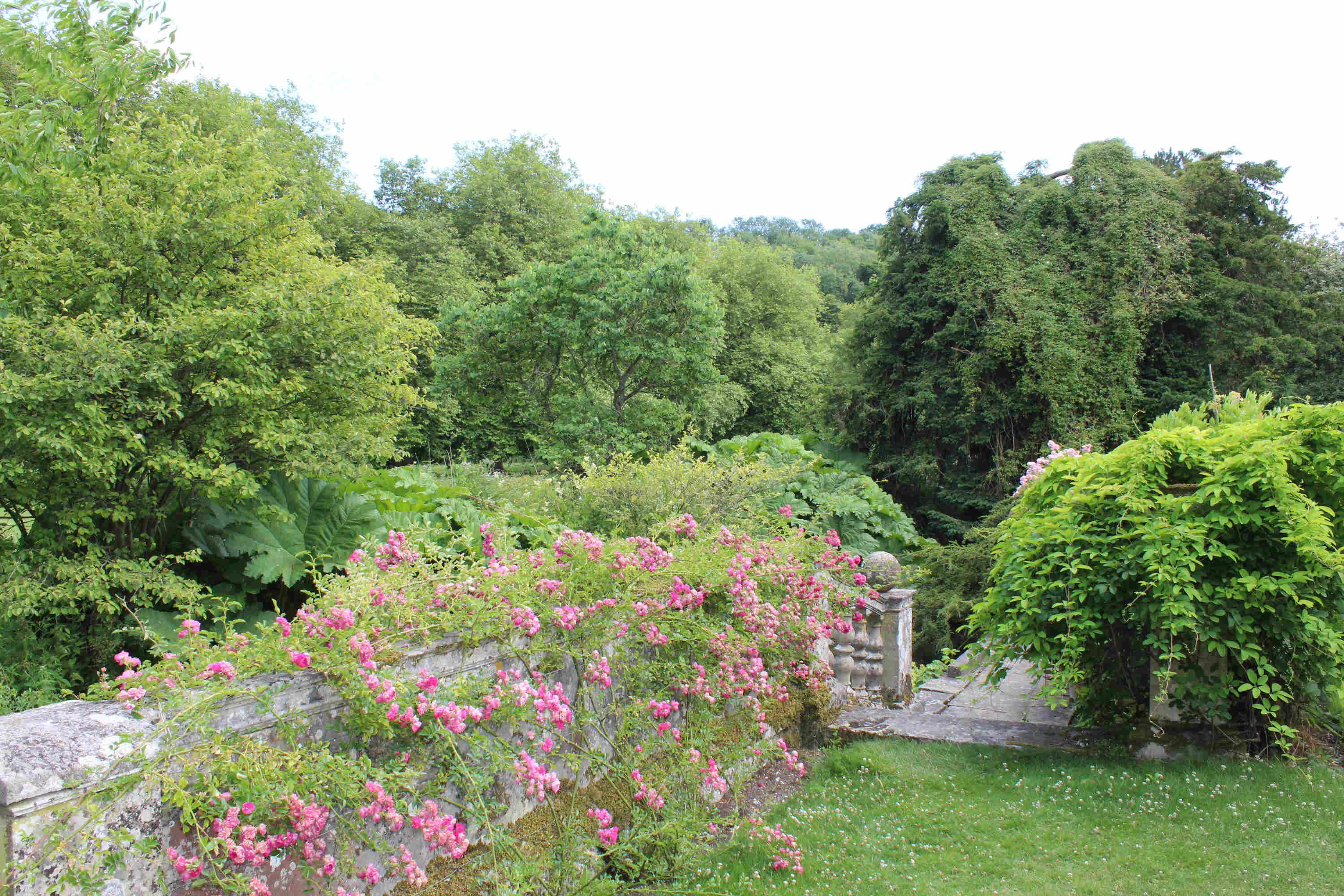 And the Terrace to the north of the house which is only accessible to the public during the snowdrop season. 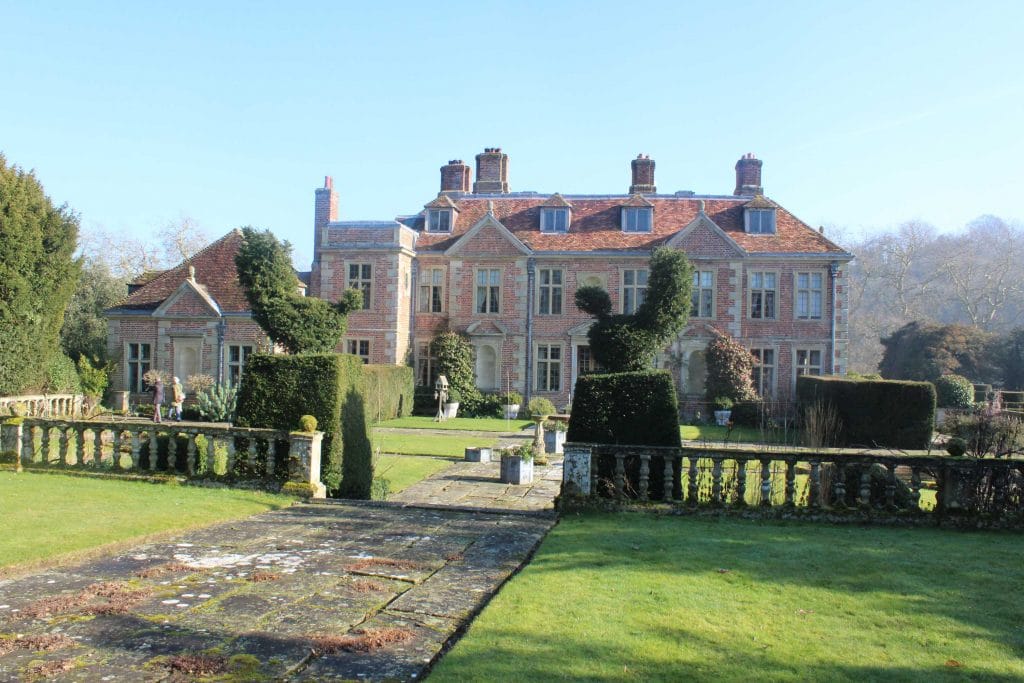 And now to Sussex. Harold Peto was an old school friend of William Dodge James who had bought West Dean in 1891. Again, Peto and Ernest George worked together – George on the house with Peto designing the garden.

The striking feature at West Dean is the Pergola. 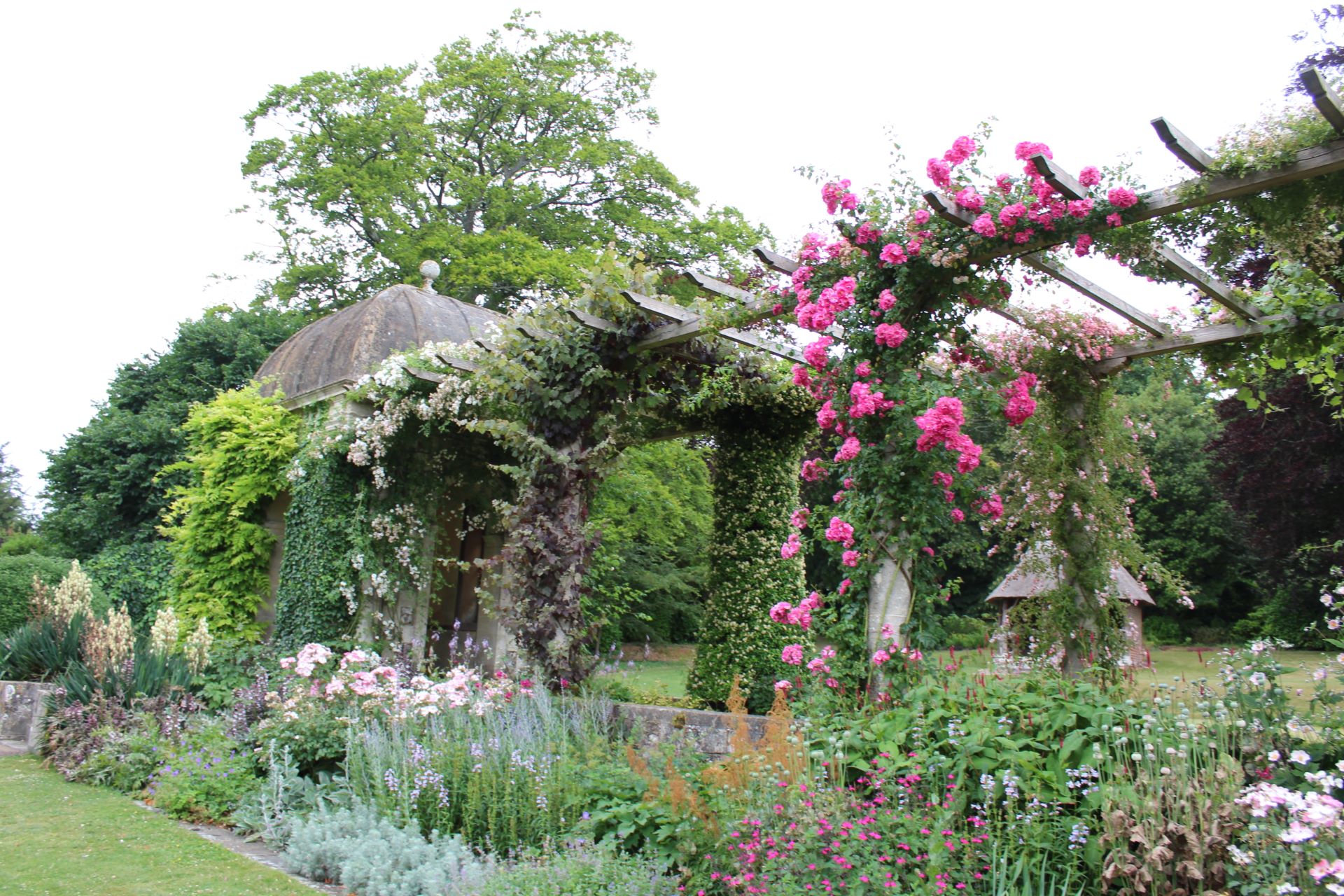 At 100 meters long, the Pergola is made of stone pillars linked by wooden struts and is smothered by clematis and roses such as ‘Veilchenblau’ and ‘Sanders White Rambler’.

Gertrude Jekyll in Garden Ornament, 1916, wrote: ‘It need not have taken centuries for us to perceive how conveniently pergolas could be suited to every degree and kind of gardening from the highest expression of architectural refinement as shown in the work of Harold Peto to the smallest erection of posts or even poles in a cottage garden’. 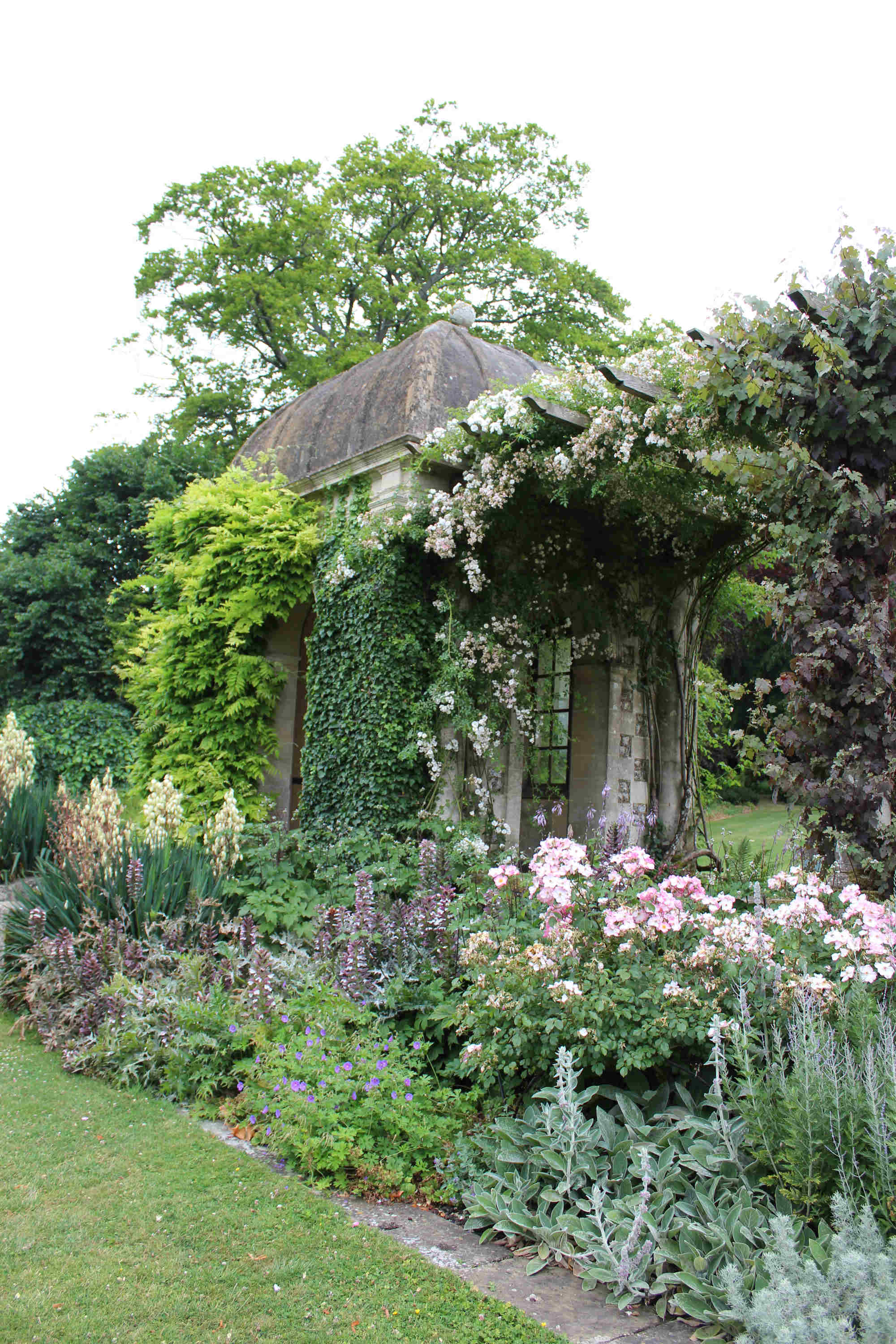 And finally to Iford Manor. Peto did not want to start a garden from scratch – he criticised a garden he had seen in Japan for being ‘comparatively new…one must have fine old trees or shrubs to ‘play up to’ – so Iford, with its established terraced garden, Iford suited Peto perfectly. 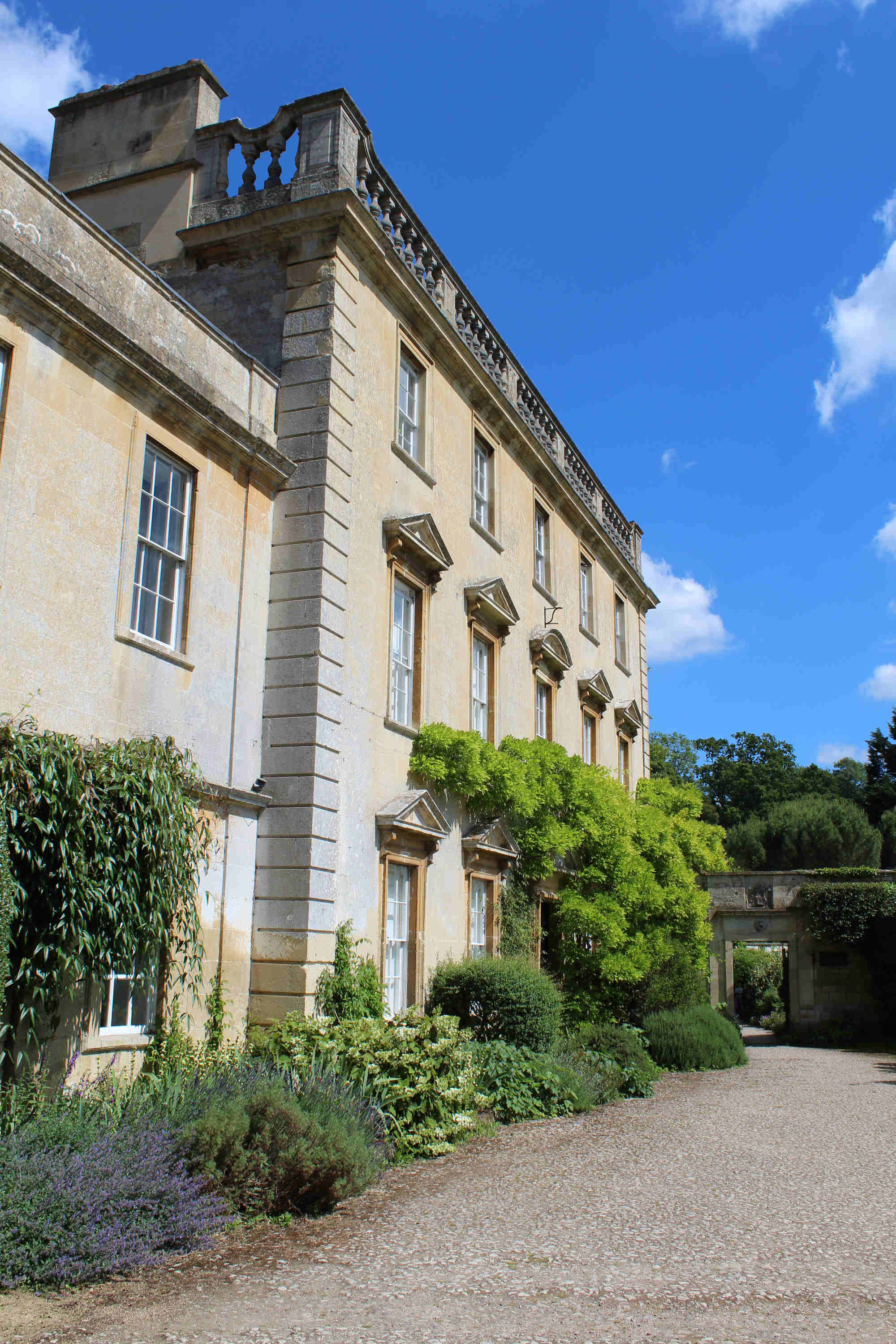 Entering the garden from the south-east corner, Italy’s influence can immediately be seen. There is a three-arched loggia with Ionic columns on the left, 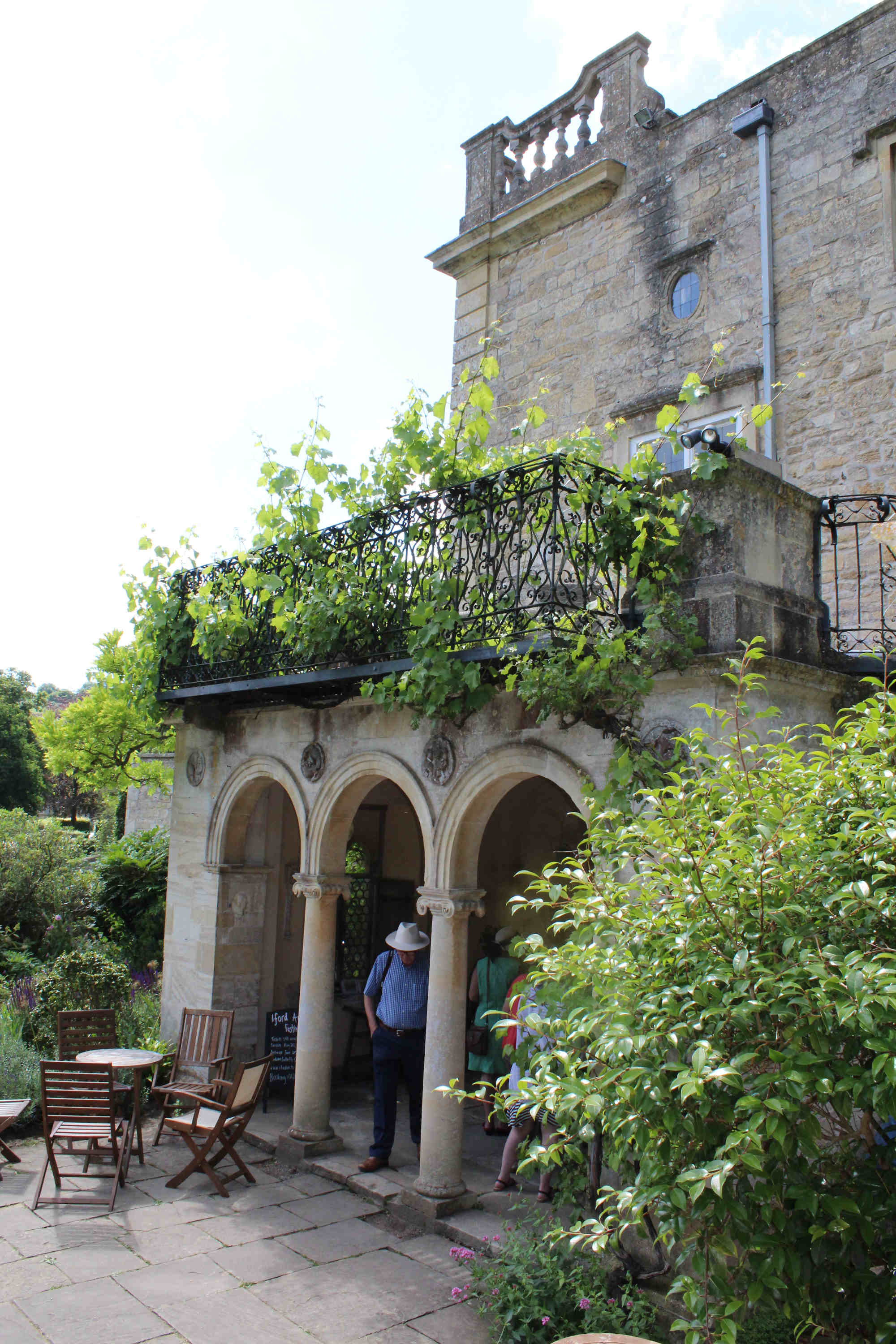 similar to the loggia at Villa Careggi near Florence, and on the other side of the paved courtyard is a semi-circular fountain pool with water flowing out of a lion’s mouth.

The triple stairway was already there when Peto bought the Manor – Peto added the columns crowned with English lead vases. 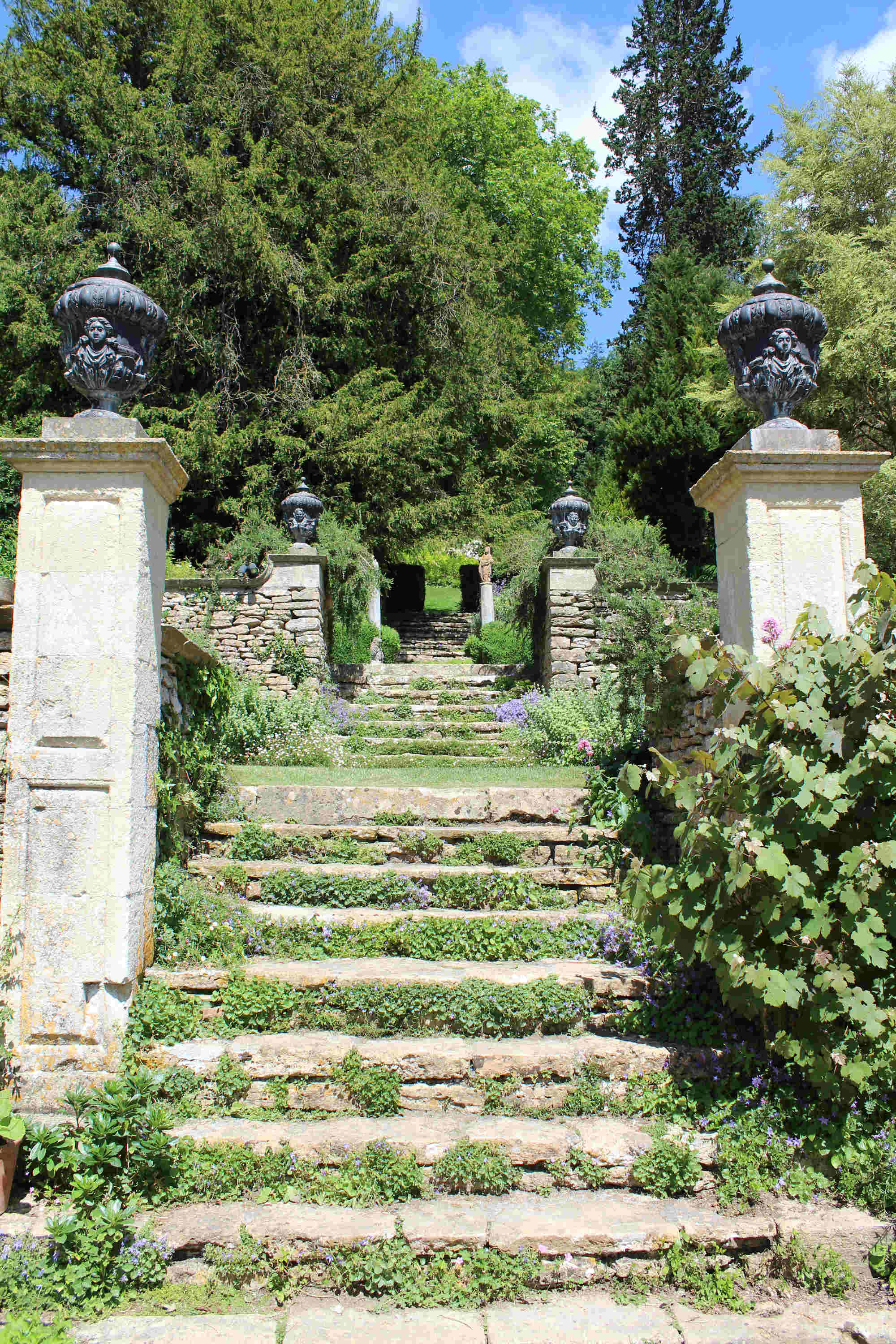 Peto also cut holes into the walls to carry pots or plants – and vegetation was encouraged to grow freely. Many of the pots contained bonsai plants – a nod to Peto’s time in Japan.

The last section of the stairway leads to the main lawn with stepping-stones over the tiny stream that runs down to the fountain pool. Peto wrote: ‘if stones are the backbone of a garden, water is the spirit…some gardens… only employ a slight trickle, the better to express tranquility and calmness of thought.’ 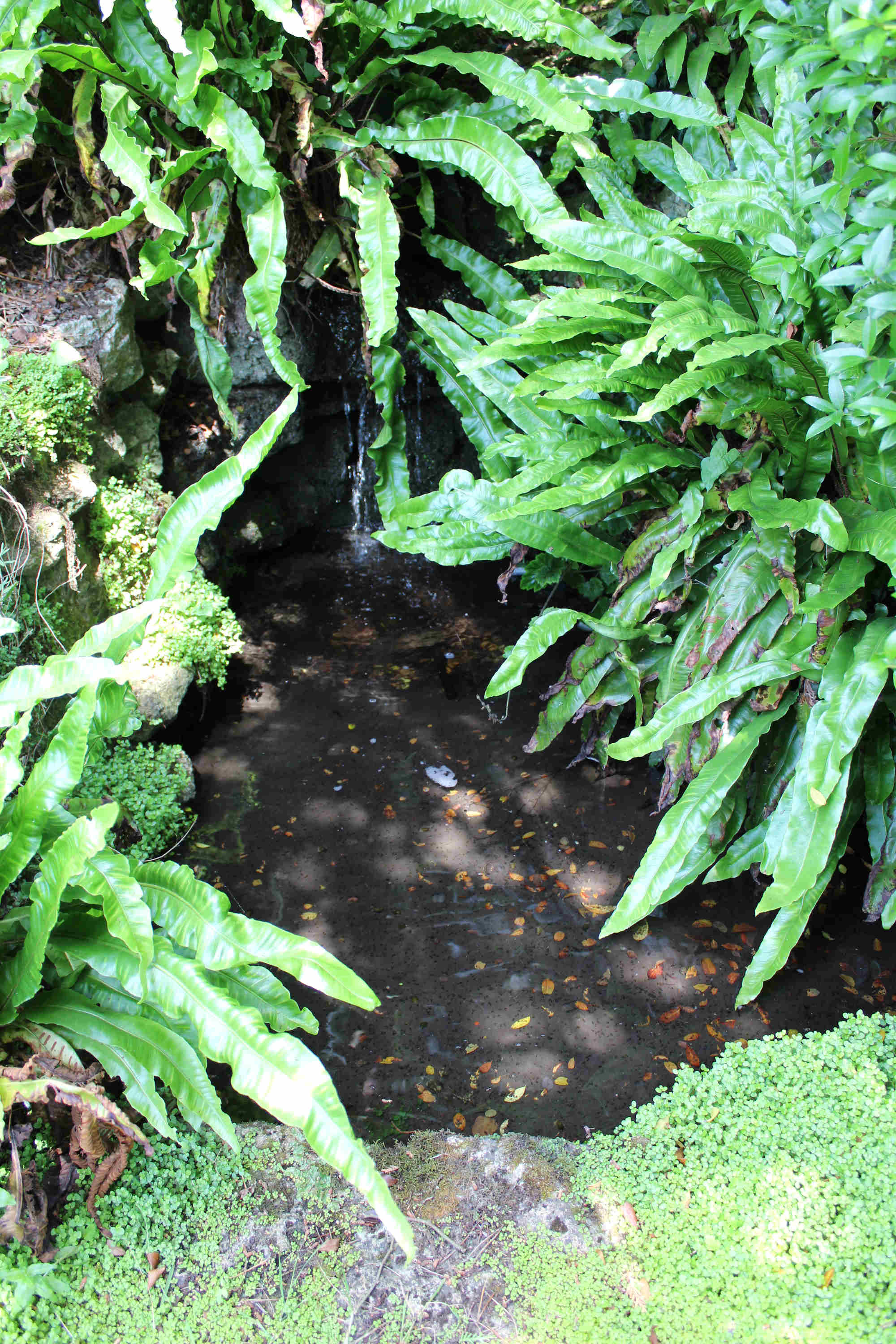 Above the lawn lies the Terrace which Peto described as ‘the main feature of the Garden’. 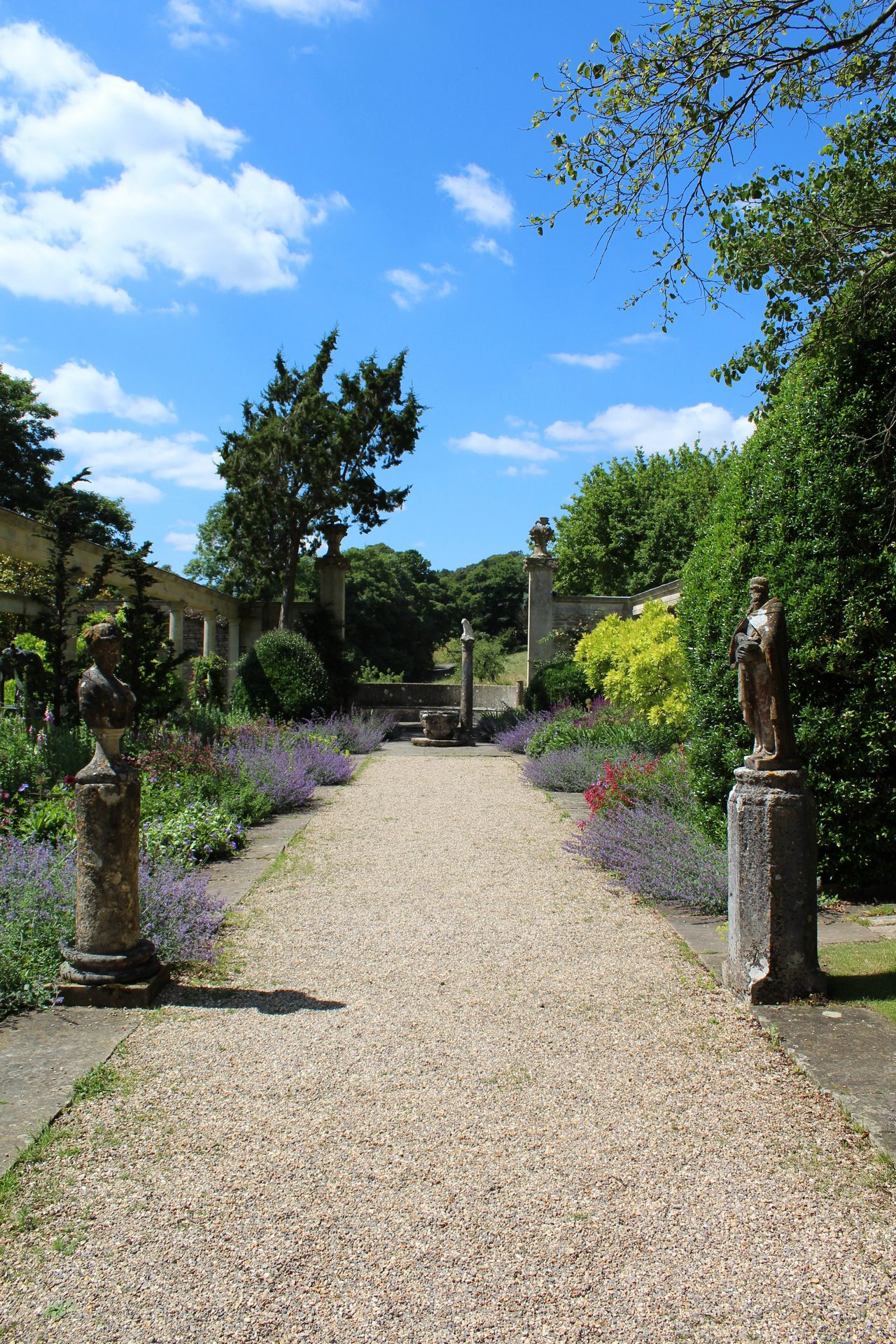 With the combination of architecture and plants, it was for Peto ‘the highest development of beauty…Old buildings or fragments of Masonry carry one’s mind back to the past in a way that a garden entirely of flowers cannot do. Gardens that are too stony are equally unsatisfactory, it is the combination of the two, in just proportion, which is the most satisfying’.

Along the Terrace, Peto built a colonnade made by local masons from Westwood stone – it’s covered with wisteria in the Spring and is a spectacular sight. 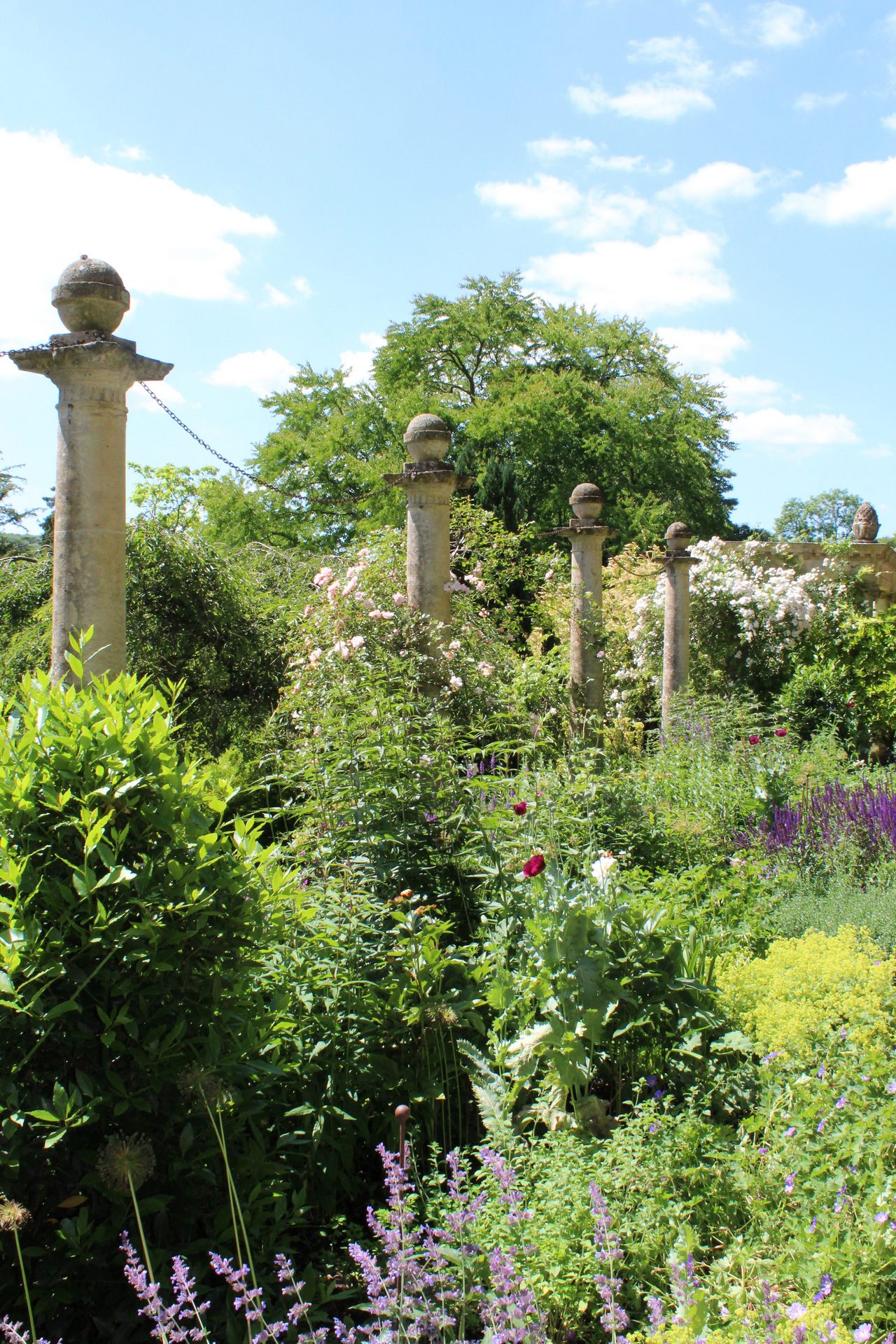 Peto included bay trees on the Terrace, agapanthus in pots and a collection of sculptures including a bronze reproduction of the she-wolf with Romulus and Remus, 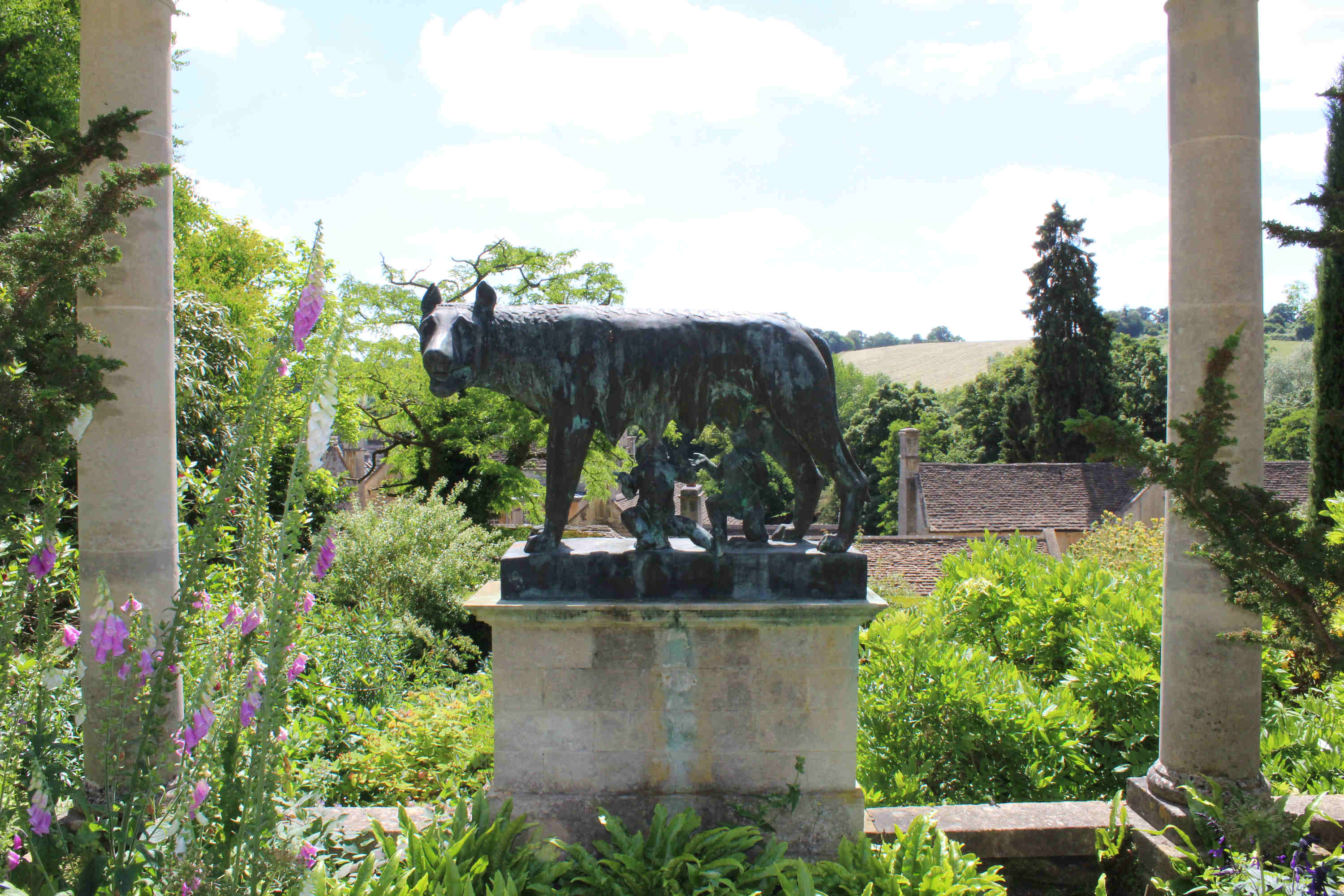 a sarcophagus and two oil jars from Nice. Peto wrote how these were ‘so damaged by their long journey, that I had to put copper bands and rivets to hold them together.” 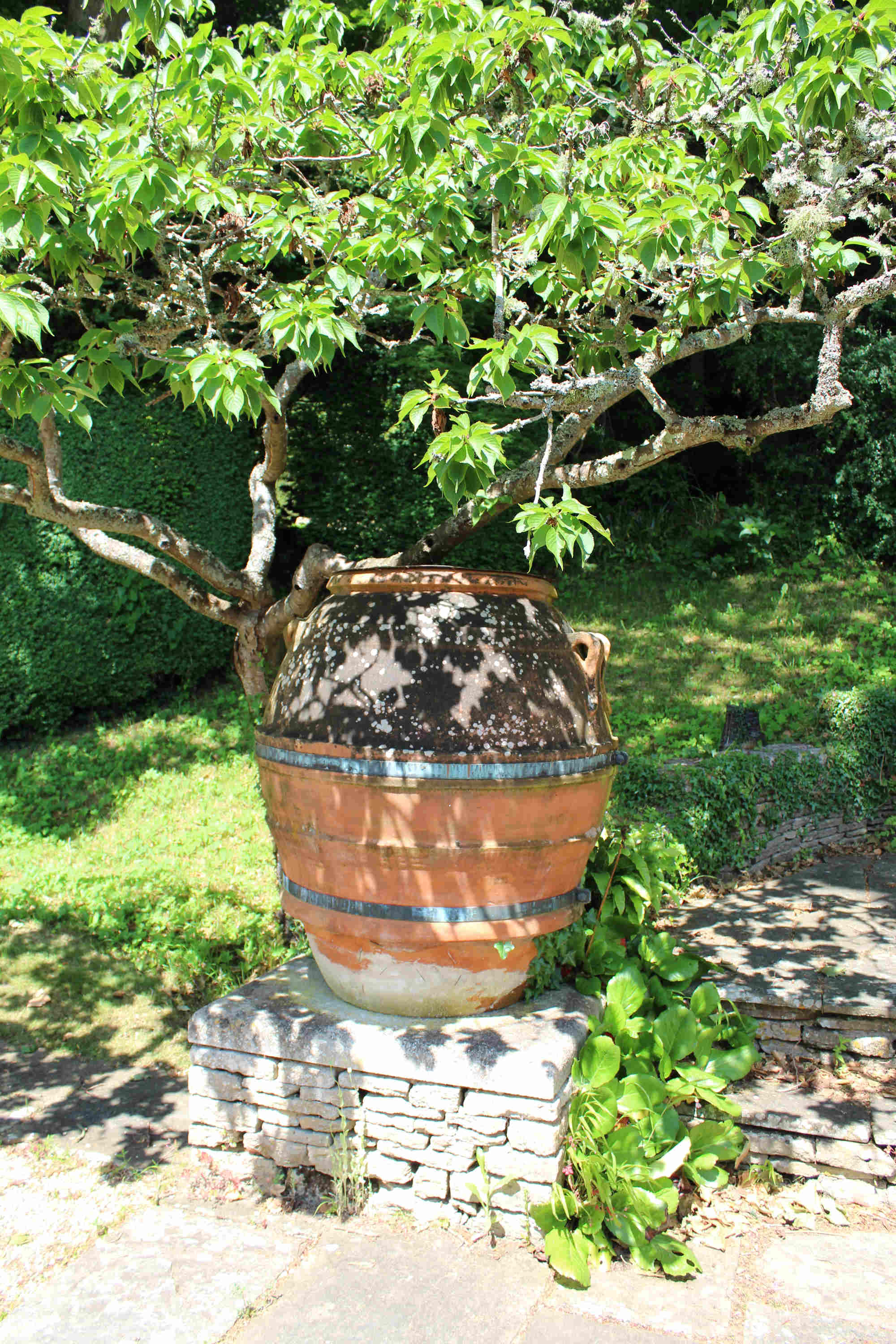 In front of the exedra at the end of the Terrace lies a well-head with the Casita nearby. This ‘small house’ replaced a wooden potting shed and housed a lot of Peto’s ‘old Italian marble’. 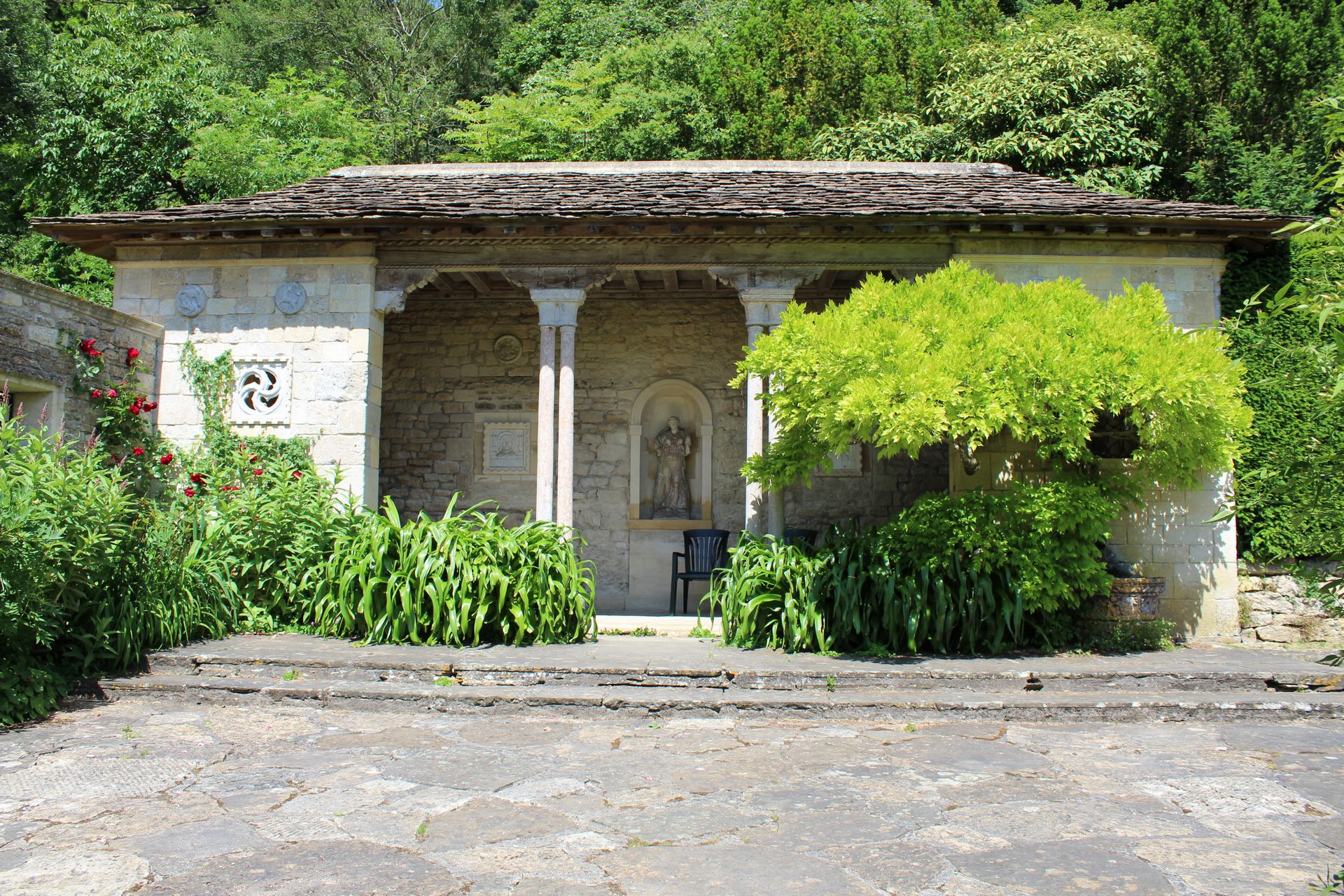 As Peto had so many artefacts – the historian and garden writer Robin Lane Fox describes him as an ‘artful magpie’ – he decided to build a Cloister to display them. 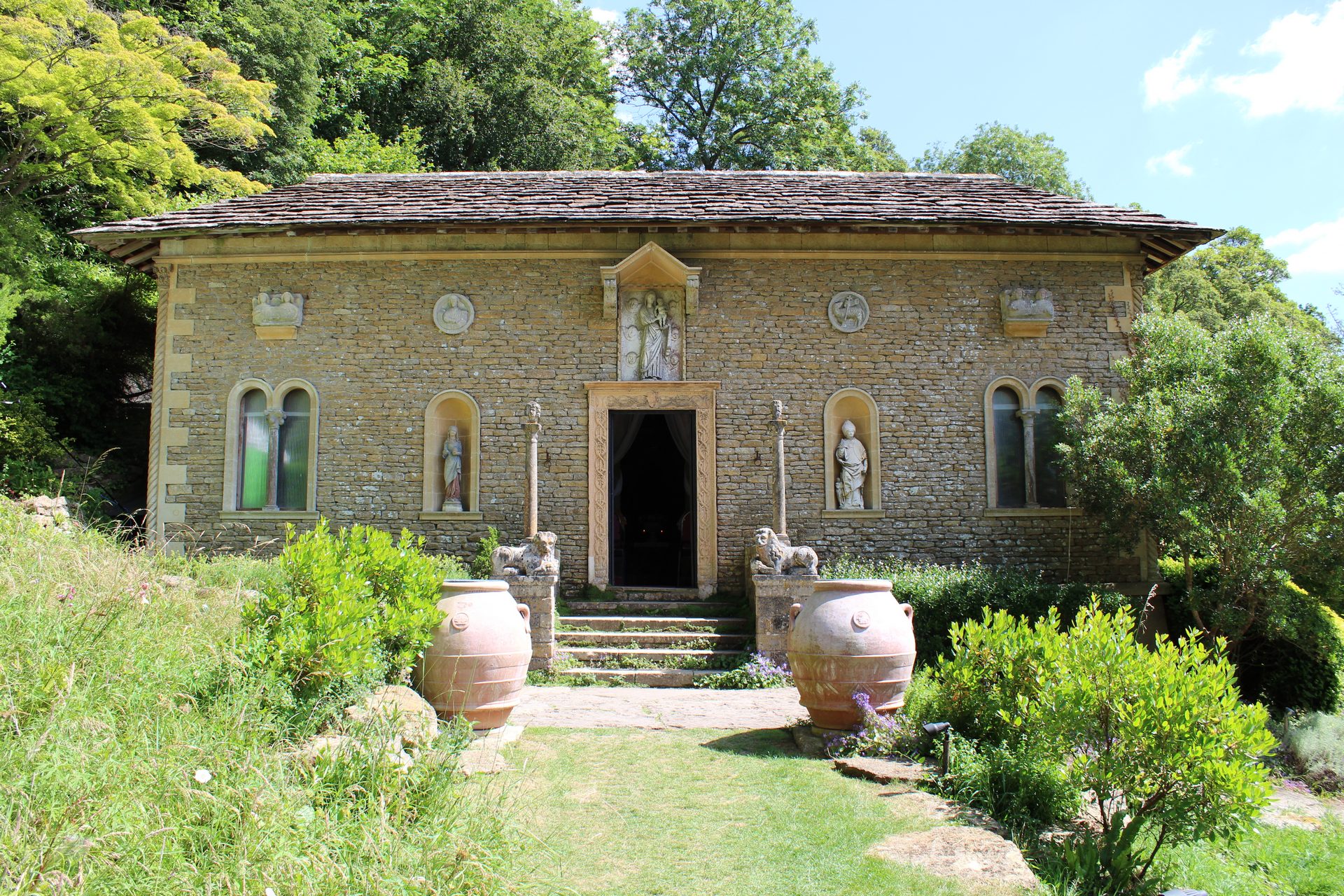 Mostly built from recycled materials, the Cloister was to contain ‘the remainder of my collection of antique fragments which always interested me as an architect to buy when I came across them. I have noticed these getting rarer and rarer until now the supply is quite dwindling away and probably before long they will be unobtainable.’ 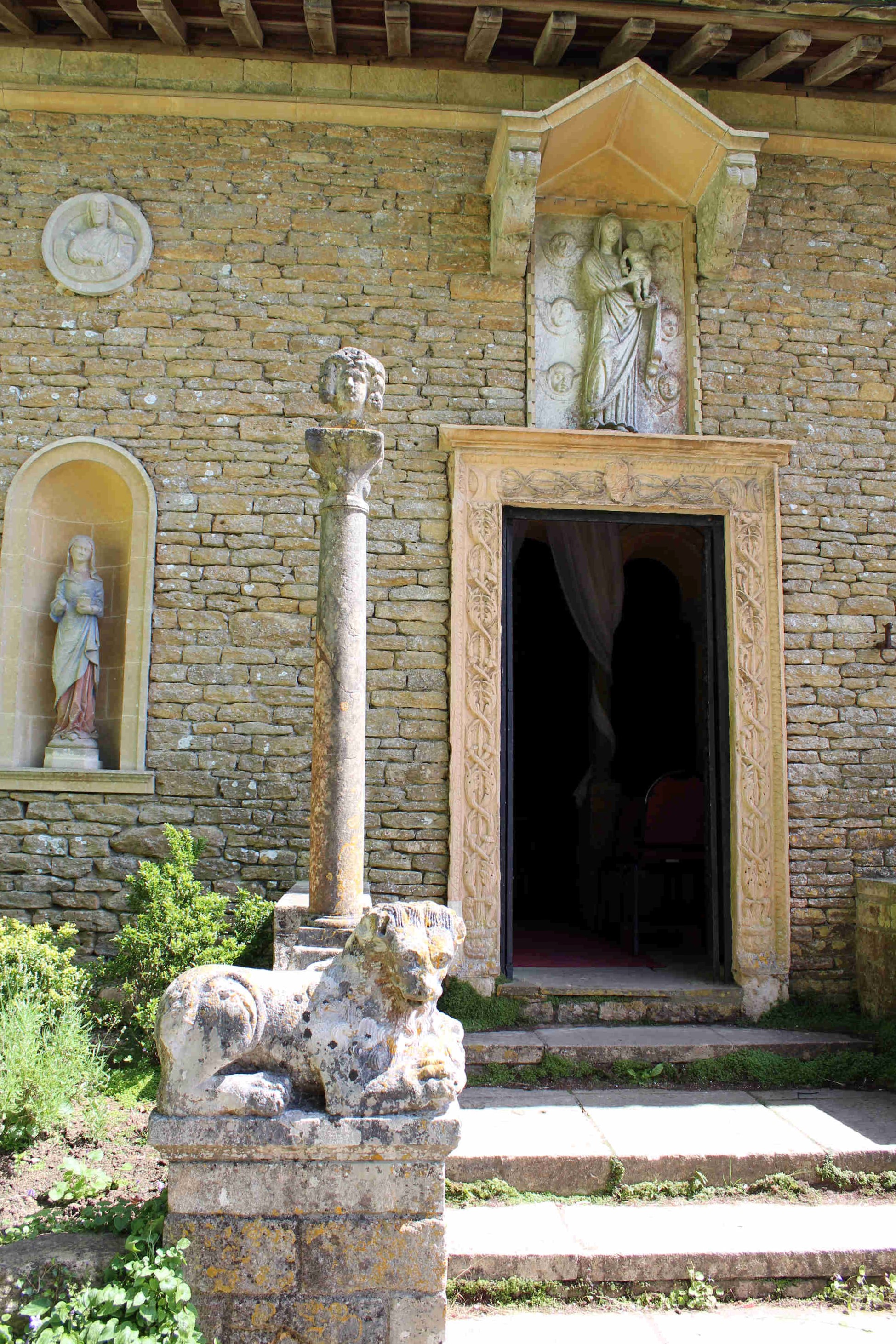 The pianist Arthur Rubinstein who was staying at Iford in June 1915 wrote in the Visitors Book: ‘Two of the happiest days of my life…  [The garden at Iford Manor is the] quintessence of Italian beauty conjured to England by the great artist Mr. Harold Peto who built himself a monument with his inspiring, peaceful cloister!’

Peto’s ability to seamlessly connect his passion for the past with his love of plants reached its zenith at Iford. And his legacy lives on. Since 1965, the Cartwright-Hignett family have continued to develop the gardens along with their head gardener Steve Lannin.